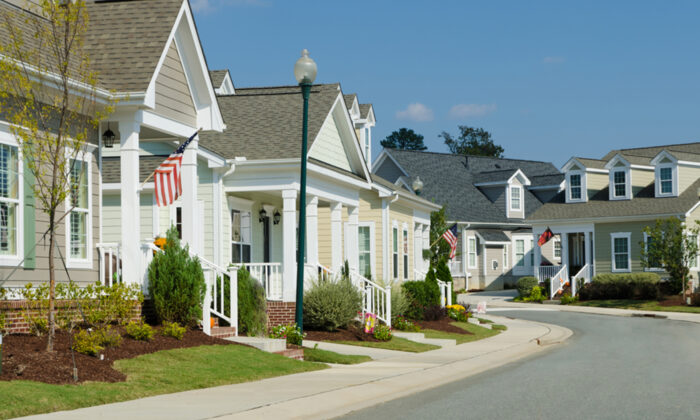 The recent rise in layoffs due to the CCP virus, commonly known as the novel coronavirus, is staggering, and the financial struggle is real. The jobless claims across the United States surged to 281,000 for the week ended March 14, the Labor Department reported.

Given the situation, many tenants aren’t sure how they are going to pay their rent for the coming month. When Portland, Maine, landlord Nathan Nichols looked at the situation of his tenants in a two-unit rental, he decided to not collect any rent in April.

What made Nichols’s action so special for many was the recognition of his good fortune as the basis for sacrificing the money he would normally receive.

COVID19 is going to cause serious financial hardship for service and hourly workers around the country. I own a two…

In his Facebook post that has gone viral, Nichols noted he felt compelled to give some much-needed relief to his tenants, who work in the service industry.

Nichols wrote: “[A]ll of my tenants are in this category. Because I have the good fortune of being able to afford it and the privilege of being in the owner class, I just let them know I would not be collecting rent in April.”

In addition to his generous gesture, Nichols called on other landlords who have the means to do the same to help their tenants amid the CCP virus crisis. “I ask any other landlords out there to take a serious look at your own situation,” he wrote, “and consider giving your tenants some rent relief as well.”

“Once you bring it out of the financial and into the human, then problems are easier to solve.”

Nichols’s action definitely inspired a huge response; his selfless act and the thoughtful idea has been shared over 24,000 times since its posting on March 13, 2020. Over 1,000 commenters appreciated his kind gesture.

“So many landlords have reached out saying that they want to help, but have to pay their own mortgage,” Nichols wrote in an update. Adding that some banks are willing to give temporary relief to owners, Nichols urged everyone to communicate.

“Talk to your tenants and find out their situation,” he wrote, “then talk to your lender and ask for assistance.”

Nichols also shared a post from fellow Maine landlord Dan Adams, who was trying to implement rent relief for his tenants.

Adams echoed the need for good communication with tenants. In addition, Adams suggested that many tenants might be able to get some unemployment assistance, depending on their state. Meanwhile, from a landlord’s side, he emphasized that “paying down equity is not important now.”

To caution those owners who might be tempted to ditch their tenants in the hope of regaining their rental income, Adams said that landlords should not believe that finding a replacement tenant at a “market price” will be possible anytime soon.

More than dollars and cents, Nichols and Adams have emphasized the human dimension of the crisis. Adams, along with many commenters to Nichols’s original post, mentioned “The Golden Rule” ethic of treating others the way one wants to be treated.

Talking to People, Nichols said when tenants are not making money, they simply can’t afford to pay him. “It’s not like they’re going to somehow magically get money if they’re not working,” he told the outlet.