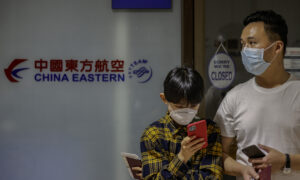 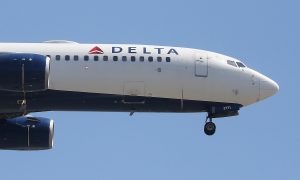 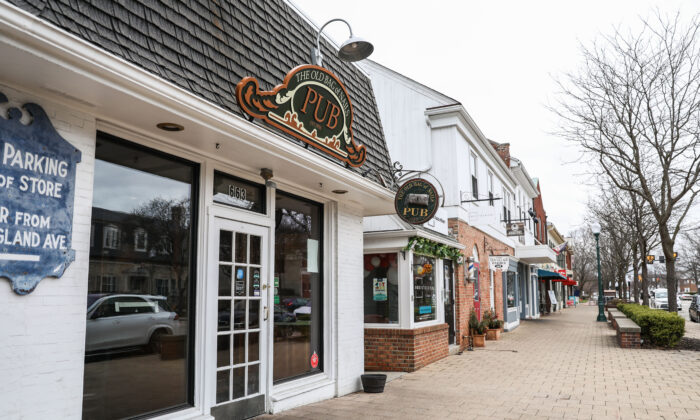 Many stores are closed and others are essentially empty in the City of Worthington in Columbus, Ohio, on March 17, 2020. (Charlotte Cuthbertson/The Epoch Times)
US News

Now a picture is emerging of who got the money. More than 25 percent of the total pot went to fewer than 2 percent of the firms that got relief. They include a number of publicly traded companies, with thousands of employees and hundreds of millions of dollars in annual sales.

The loans from the U.S. Small Business Administration—totaling $342.3 billion as of April 16—went to companies in all 50 states, the District of Columbia, and five U.S. territories, and were spread across all 20 of the main industry sectors.

Congress directed the SBA to award $349 billion to struggling businesses with 500 or fewer workers as part of a $2.3 trillion coronavirus aid package that President Donald Trump signed into law on March 27. The Payroll Protection Program (PPP) was crafted to keep Americans off unemployment benefits, by giving small and mid-sized companies forgivable loans for keeping employees on the books.

The SBA doesn’t make the loans directly, but instead backs loans made by participating in financial firms.

The three biggest state economies—California, Texas, and New York—accounted for 23 percent of the loans, more than $82 billion. Meanwhile, businesses in a number of small, rural states that have avoided the brunt of the outbreak of the CCP virus, commonly known as the novel coronavirus, took home a disproportionate share of the pie.

The business sector receiving the most money was construction, with 13 percent of the total. The sector represents less than 9 percent of overall employment among U.S. firms with 500 or fewer employees, according to U.S. Census Bureau data from 2017, the latest available.

Companies on the front line of the virus—in the accommodation and food services sector—received about 9 percent of the pot while representing nearly 14 percent of workers among sub-500-person firms.

Loans of $2 million or more made up nearly 28 percent of the total, and those of at least $5 million accounted for 9 percent, with a number of those going to companies with access to public securities markets.

At least 60 publicly traded firms have claimed a share of the total, according to Securities and Exchange Commission filings. There’s no prohibition in the CARES Act against money going to publicly listed firms.

Some—including the holding companies for well-known restaurant chains Shake Shack and Ruth’s Chris Steak House—appear to have taken advantage of a provision in the CARES Act that allows companies with more than 500 workers overall to get loans.

The exemption allows businesses in the accommodation and food services industry to participate as long as they don’t exceed 500 employees per physical location.

All have more than 500 employees.

Shake Shack has closed 63 of its 120 locations worldwide and furloughed or laid off more than 1,000 employees after sales fell about 29 percent in March, it said in a filing April 17. It was unclear how many of its 100 U.S. stores remain open, but filings showed that it employed 7,600 at the end of 2019. The company, which generated $595 million in sales and a $20 million net profit in 2019, said it will continue to pay all general managers and cover all employees’ health insurance.

Texas Taco Cabana operates 164 outlets from Houston to Albuquerque, New Mexico. Fiesta, which also runs a chain of chicken restaurants in Florida and posted $661 million in sales last year and a net loss of $84.4 million, employed 10,480 at the end of 2019. It didn’t immediately respond to an inquiry about the number of employees that would be covered under the loan.

“Every penny will be used to financially support the employees in our shops,” said Matt Revord, Potbelly’s chief people officer.

Hallador employed 768 as of February 2020, its filings showed. It didn’t immediately respond to an email seeking comment.

With the PPP funds depleted as of this week, further aid has stalled in Congress amid a partisan dispute over support for state governments and hospitals.

The economic pain of CCP virus-related shutdowns has been felt throughout the country. The SBA’s loans appeared to reach a greater proportion of businesses in Republican-leaning states that have imposed the lightest restrictions on business and have had relatively few confirmed virus cases.

The SBA hasn’t released data on the number of firms seeking loans, either overall or in each state, so it’s unclear what contributed to the higher proportion of businesses in so-called “red states” getting loans.

“I’m hard-pressed not to think this is political. Blue states like California got a pathetic number of loans issued,” Rep. Jackie Speier (D-Calif.) said on Twitter.

Others said the disparity was due to the different types of lenders involved.

Smaller banks, which have a greater presence in rural areas, were ready when SBA launched the program on April 3, while many larger banks and nonbank lenders weren’t able to participate until the following week.

By Andy Sullivan & Howard Schneider. The Epoch Times contributed to this report.