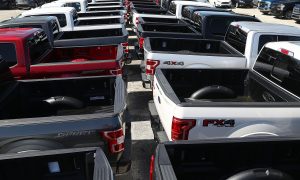 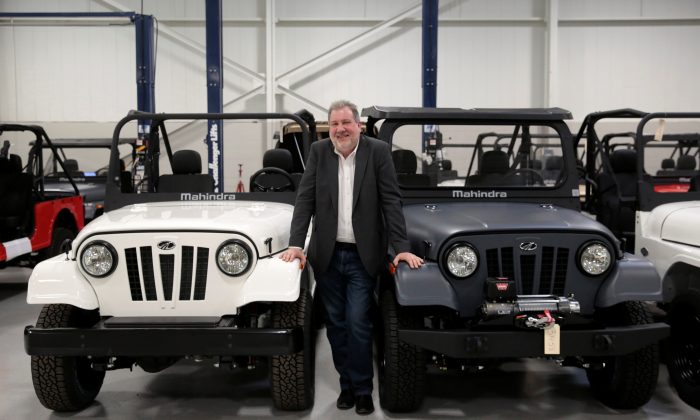 AUBURN HILLS, Mich.—”Warning: Don’t do anything stupid!” reads the sign to the right of Rick Haas’ office computer.

It is the same tongue-in-cheek warning affixed to the dashboard of every off-road Mahindra Roxor vehicle that Indian automaker Mahindra and Mahindra Ltd. assembles in a suburb north of Detroit.

The motto might also apply to the Indian automaker’s latest attempt to enter the U.S. auto market—an effort Haas, a former executive at Ford Motor Co. and Tesla Inc., is leading.

A decade ago, Mahindra tried to break into the U.S. market with a low-cost pickup truck. The foray ended in failure and a lawsuit from dealers demanding their franchise fees back.

Haas, the automaker’s North American chief executive, says this time Mahindra has a more cautious “pay-as-you-go strategy.” Instead of starting with a truck or passenger car, Mahindra is reintroducing its brand with the Roxor, a vehicle that looks like a vintage Jeep.

Mahindra has built around 3,000 off-road Roxors and is using the model, which starts at around $15,000, to demonstrate to American consumers and dealers “acutely aware of our previous experience” here that the Indian automaker can build a reliable product before it launches mainstream models for use on American roads, Haas told Reuters.

Mahindra is one of a handful of European and Asian automakers gearing up to enter the U.S. market in hopes of gaining sales as well as credibility that can boost their brands at home.

France’s PSA and China’s Zotye and GAC all have outlined plans for establishing beachheads in the world’s second-largest market by sales, which offers rich pickings in segments including pickup trucks, SUVs and crossovers.

But the United States is a mature market that most industry executives say is heading for a downturn, and it is already crowded with over 40 automotive brands and 300-plus models on sale.

“There’s not a line waiting out the front door of every potential newcomer to North America of people saying ‘I cannot wait for a new car to show up here today,'” said Larry Dominique, North American head of PSA, which has also taken a cautious approach to relaunching here.

PSA announced last month the Peugeot brand will lead its U.S. return—the same brand that crashed out of this market less than three decades ago.

Analysts and auto executives say new entrants must stand out in a crowd to crack the U.S. market, as Tesla Inc. has with electric vehicles.

Just offering a cheap car may not be enough, said Mark Wakefield, head of the North American automotive practice for consultancy AlixPartners. The higher quality of used vehicles presents a challenge, while delivering the expensive safety features American consumers and regulators demand.

“If you fail to deliver on that then you’re a pariah in the market,” he said.

The Korean carmaker launched cheap models in the United States in 1986, as Toyota Motor Corp. and Honda Motor Co. Ltd. had done before. Hyundai scored early successes, but quality problems set the brand back, and forced a relaunch. Now, it is overhauling its U.S. strategy, shifting from sedans to SUVs.

The problem for prospective entrants is that if they do find an untapped niche, consultants and analysts expect other automakers to rush to fill it themselves.

Mahindra’s first foray into the U.S. auto market was a disaster, as plans to launch a low-cost pickup with high fuel efficiency never came to fruition, in part because it failed to meet federal emissions standards. Angry dealers who had signed on to sell the Scorpio pickup sued Mahindra.

Mahindra regrouped. Haas set up Mahindra’s U.S. office in 2013 with just a handful of people, and that has risen to 450.

The company decided not to go into direct competition with major automakers, but to enter the much smaller and less heavily regulated market for off-road recreational vehicles sold mainly in rural America.

The Roxor stands out because it looks like a World War II Jeep. Mahindra has had a license since the end of that war to make such vehicles in India. Municipalities, mining and construction companies, and many others seeking rugged off-road vehicles have shown interest, Haas said.

The Roxor also has caught the eye of the owner of the Jeep brand, Fiat Chrysler Automobiles (FCA) NV, a potential competitor whose U.S. headquarters is just up the road from Mahindra’s. Last August, FCA asked the U.S. International Trade Commission to block Roxor sales because the model is too similar to its own Jeep.

The commission has ruled FCA can pursue its intellectual property claims against the Roxor, but on Feb. 21 Mahindra asked the agency to review that ruling.

“I can’t say what our plans are, but the smoke is going to clear out of the air in the next year to 18 months,” Haas said.

Among the vehicles under consideration for the U.S. market is the new Marazzo, a minivan designed by Mahindra’s Michigan engineers for sale in India that has scored well in international crash safety tests and features Apple CarPlay.

Instead of low prices, Mahindra plans to focus on its image of building rugged, durable vehicles for India’s roads.

“We’re India tough,” Haas said. “That’s a value that resonates with a chunk of the population here.”

The speed of Mahindra’s U.S. rollout will depend not only on retail consumers but the U.S. Postal Service, Haas said. The Postal Service is searching for its next generation of delivery vehicles and Mahindra is one of five finalists for the $6 billion project, which may be decided this year.

“That contract would make a fast (U.S.) entry easier, as you might imagine,” Haas said. “If it doesn’t happen, then we have to decide what we’re doing here.”