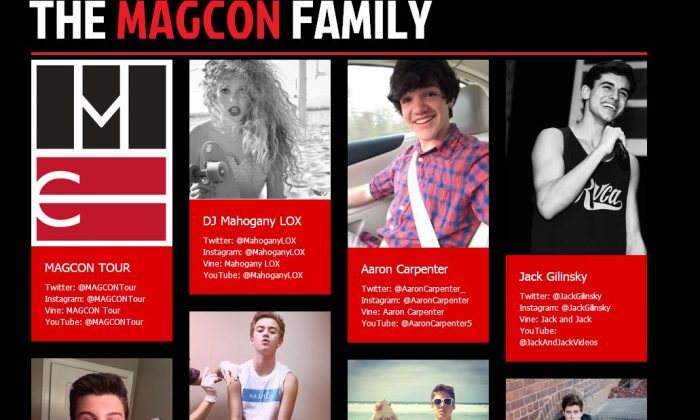 Magcon, a group of teenaged Vine stars, allegedly “broke up” on Thursday, but one of the members of the group explained what is going on.
Social Media

A number of fans of the MAGCON group, which consists of a number of teenage social media stars, tweeted that they wan’t to see the group get back together.

MAGCON essentially “broke up” and stopped using the name after several of its members joined a different management group–26 Management– owned and operated by the father of member Nash Grier.

It’s unclear why “#magconfamilymemories” was trending specifically, but one of the members, Cameron Dallas noted it.

“I don’t care what other people think, but I’ll always care what you guys think. I’m sorry for everything,” he tweeted Sunday afternoon. He also tweeted an unhappy face.

On the website, MAGCON said it will have a tour stop in Orlando, but no details were offered.

According to the website, “MAGCON Tour began in September of 2013. Bart Bordelon, the founder and general manager of MAGCON, befriended a young social media star, and sprung up an amazing idea. The idea, to hold an event, with several up and coming stars from social media, bringing online celebrities into the real world while supporting an Anti-Bullying Campaign as many of the young stars have been bullied throughout their lives.”