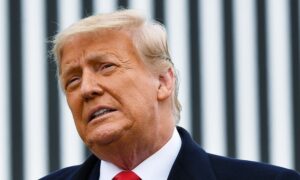 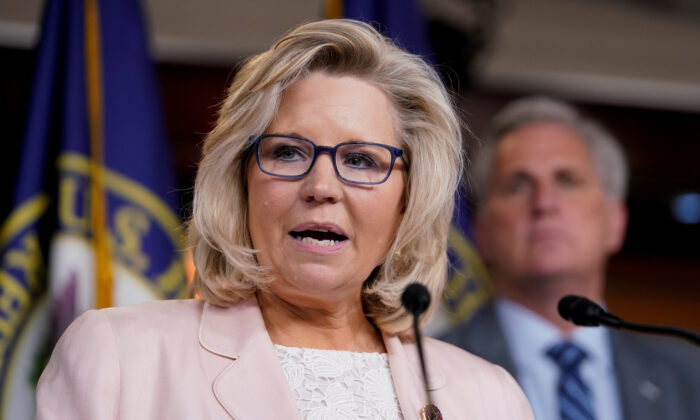 “Right now, there’s only two strategies that we have. No. 1, that’s to try to primary certain Republicans out of office, if we can win a primary against them. And if not, to split the vote and put one of our party candidates against them,” Jim Davis said.

If a primary run fails and a candidate chooses to run in the general election as a third-party candidate, it could lead to a Democrat toppling an incumbent Republican.

That strategy would “rid the Republican Party” of the alleged Republican in name only, or RINO, holding the seat, Davis said.

Ten Republicans joined Democrats in voting to impeach Trump on Jan. 13. The most high-profile was Rep. Liz Cheney (R-Wyo.), the House Conference chair. Cheney, who retained her position on Feb. 3, already faces a primary challenger in 2022.

Other targets include Sens. Rick Scott (R-Fla.) and Marco Rubio (R-Fla.) and the five senators who sided with Democrats in declaring it was constitutional to hold an impeachment trial with Trump no longer in office, Davis told The Epoch Times.

“Those are on the chopping block for us to try to either primary, or if we have to—to me it’s a last resort—is to split the vote and try to win the seat back in the following election,” he said.

The new political action committee, which was formed last month, is guided by the goal of fixing the Republican Party. Supporters feel some Republicans holding office aren’t properly representing the constituents who voted them in.

“I can tell you that they’re not going to go away until they feel satisfied that the Republican Party is unified and it’s a party of the people and that the elections are going to be free and fair,” Davis said.

Davis, 57, a supervisor for the town of Venice, Florida, initially presented the committee as linked to Trump’s campaign. MAGA stands for “make America great again,” a Trump campaign slogan. Trump’s team disavowed the party. Davis said in an email that it was disappointing to see Trump disavow the group “instead of him making a statement that he was appreciative [of] his supporters trying to fight for him but did not plan on being involved in creating a new party.”

“Many of the Trump supporters and groups that I have spoken [with] since that time feel like it was Trump turning his back on the ones willing to fight for him,” he said.

Trump’s team didn’t immediately respond to a request by The Epoch Times for comment.

The initial filing wasn’t an attempt to misrepresent the party’s links to Trump, Davis said, but stemmed from a misunderstanding of how to file paperwork with the Federal Election Commission.

The commission “asked for a committee, and we’re like, ‘Well, this is about showing Trump we’re fighting for him, and if he runs again—let’s put him down, that’s who we’re going to support, we’ll raise money for him if he runs again,'” he said. “That’s why we put it down.”

Separate from the Patriot Party, the MAGA Patriot Party is working with people in a number of states including Nebraska, Texas, and Colorado to find candidates to run and support.

The party hopes to represent moderate Republicans who backed Trump’s conservative policies and nominations, even if they didn’t prefer his bombastic rhetoric, according to Davis.

“They still would support Trump because they know they didn’t get the policies they want” before the businessman entered office, he said.