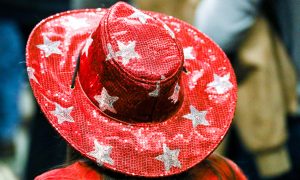 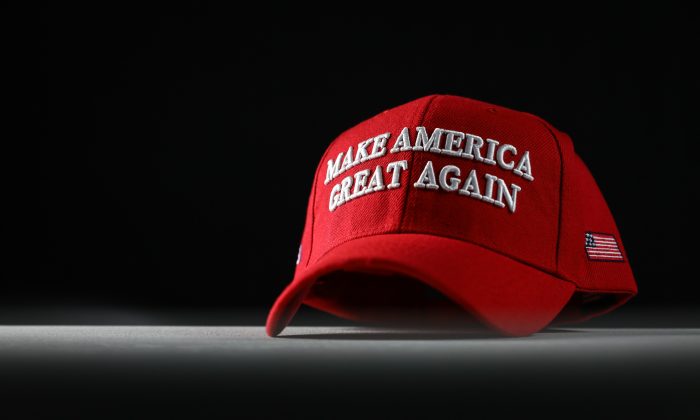 A Dallas-area man is suing in federal court to overturn a Texas election law after an election official insisted in November 2018 that he turn the MAGA hat he was wearing inside out at a polling precinct or else face a misdemeanor charge.

The lawsuit asserts that the U.S. Constitution’s free speech provisions guarantee the right of voters to wear clothing that expresses their political beliefs on Election Day, including in locations where voting takes place.

But Texas law limits what can be worn inside and around polling places and “suffers from erratic and arbitrary enforcement,” according to the man’s legal complaint. The law prevents “the wearing of any apparel bearing an image that could be construed as relating to any person or issue that has been, currently is, or could be on a Texas ballot.” Election officials in the state have broad discretion to make on-the-spot judgments about the acceptability of items of clothing and have the authority to issue arrest warrants.

Attorney Wen Fa of the Pacific Legal Foundation filed a complaint for injunctive and declaratory relief and nominal damages in U.S. District Court in Houston on Feb. 28, on behalf of Anthony “Tony” Ortiz, who wore a “Make America Great Again” hat when he went to vote. Although President Donald Trump was not on the ballot, the MAGA slogan is associated with him. The complaint alleges that Ortiz’s First Amendment free speech rights and 14th Amendment due process rights were violated and that the Texas law itself violates the U.S. Constitution.

Fa told The Epoch Times in an interview that election officials’ conduct toward Ortiz was “very troubling,” and that the law “really stifles quite a bit of speech” and “opens up the door for viewpoint discrimination.”

“He wanted to express his political leanings by wearing a ‘Make America Great Again’ hat, and what better time to do that than on Election Day. This rule is similar to a rule that prohibits people from saying ‘Merry Christmas’ on December 25th,” Fa said.

According to the complaint, an election official approached Ortiz while he was waiting in line and instructed him to turn his hat inside out, or else his act of “electioneering” would prevent him from voting. Ortiz objected, noting that his hat did not identify a party or candidate on the current ballot. Ortiz eventually left the polling station and returned later without the hat and was allowed to vote.

Jillian Ostrewich, the wife of a firefighter, is also a plaintiff in the same lawsuit. She wore a yellow tee shirt bearing the words “Houston Firefighters” and a small AFL–CIO emblem to a polling place last year in Houston. There was an initiative on the ballot at the time to give firefighters a pay increase.

Election officials ordered her to turn her shirt inside out or be barred from casting her ballot. Officials also ordered other voters not to wear shirts bearing the firefighters’ union logo. Even firefighters wearing their uniforms to the polls were reportedly admonished by officials.

The lawsuit contends that Texas law runs afoul of Minnesota Voters Alliance v. Mansky, a U.S. Supreme Court decision from 2018 that invalidated a similar law in Minnesota and determined that passive political expression at the polling place is protected by the First Amendment.

The lawsuit comes as institutional discrimination, intimidation, and physical assaults against MAGA hat-wearers are becoming commonplace.

Maddie Mueller, a senior at Clovis North High School in Fresno, California, is vowing to sue the local school district for forbidding her from wearing her MAGA hat on school grounds.

Nicholas Sandmann, the MAGA hat-wearing teenager from Covington Catholic High School in Kentucky who was recently falsely accused of picking a fight with drum-beating left-wing Native Indian activist Nathan Phillips at the Lincoln Memorial, is suing The Washington Post for defamation for $250 million, accusing the newspaper of “engaging in a modern-day form of McCarthyism.”

The newspaper falsely depicted Sandmann, who calmly refused to engage Phillips, as the instigator of the confrontation despite abundant video evidence to the contrary. The dishonest reporting led to the widespread vilification of Sandmann and his classmates across the nation, including death threats.

Illegal alien Rosiane Santos was charged last month with disorderly conduct and simple assault and battery for allegedly knocking a MAGA hat off the head of restaurant patron Bryton Turner in Falmouth, Massachusetts.

Ryan Salvagno, 19, is charged in Somerset County, New Jersey, with assault and harassment after allegedly grabbing an 81-year-old man’s arm, throwing him to the ground, knocking over his grocery cart, and tossing his MAGA hat aside.

Kino Jimenez, 30, was indicted for felony-level theft last year for an incident in which he allegedly threw a drink in the face of Hunter Richard, 16, and taunted him as he pulled the victim’s hair while ripping the MAGA hat off his head at a Whataburger restaurant in San Antonio, Texas.