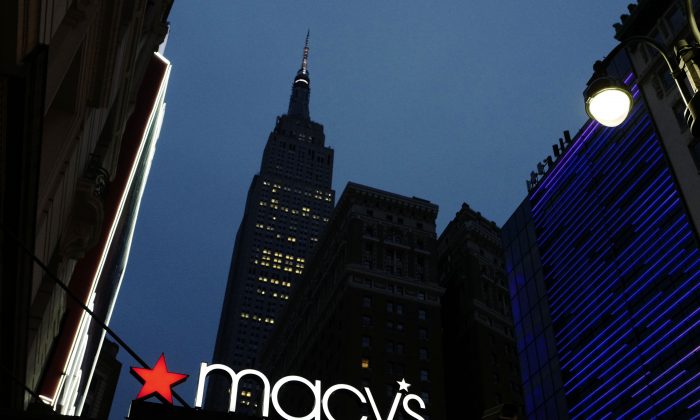 A Macy's sign being illuminated on a store marquis, in New York. (AP Photo/Mark Lennihan)
Business

Macy’s Shares Up After Being Halted Amid Takeover Rumor

NEW YORK—Macy’s shares are soaring in morning trading, after being temporarily halted on the New York Stock Exchange on a news report that Saks’ owner has approached the department store chain about a takeover.

The article, posted on The Wall Street Journal’s website, reports Canadian chain Hudson Bay Co., which owns Saks Fifth Avenue and Lord & Taylor, and Macy’s are in preliminary stages of discussion that also include a possible deal for the department store’s real estate. The report cites people familiar with the matter.

The reported talks comes as Macy’s faces pressure to turn its business around after struggling with a string of quarters of sluggish sales amid stiffer competition.