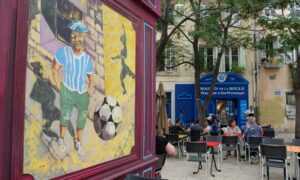 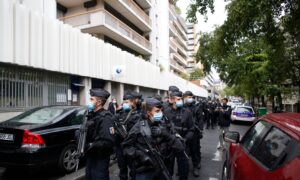 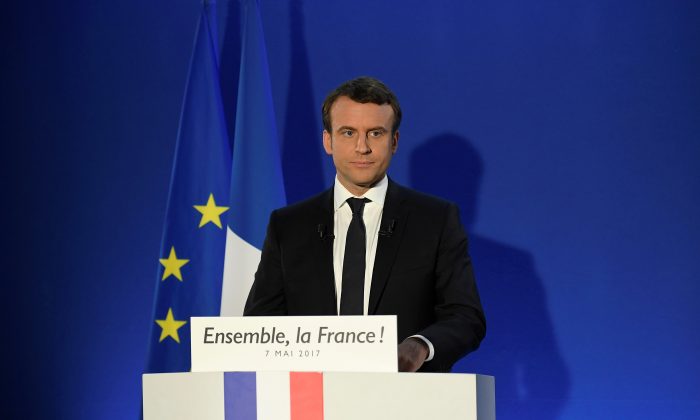 French President-elect Emmanuel Macron delivers a speech at his campaign headquarters after early results in the second round in the 2017 French presidential election in Paris, France on May 7, 2017. (REUTERS/Lionel Bonaventure/Pool)
Europe

With voter turnout at a record low, LREM is expected to face a fierce battle in some of its key policy priorities, but the dramatic changing of the guard has relegated France’s mainstay political parties to the outskirts of power.

Counting LREM coalition partner, the Democratic Movement (MoDem), Macron and his allies hold 350 of Parliament’s 577 seats, giving him the heft needed to push through an ambitious pro-growth agenda.

But while that agenda may not face significant resistance inside Parliament, it could struggle in the face of France’s strong unions and history of large-scale public protest.

With turnout at a record low of 42.64 percent, Macron’s opponents are already charging that his policies do not have popular support. The most contentious of those policies may be labor reforms aimed at reforming the workforce and shrinking the public sector.

During the campaign, Macron pledged to fast-track pro-business legislation this summer through use of executive decrees.  The holiday season will make it harder for unions to mobilize protesters but Macron could still face strikes and fierce criticism in Parliament.

France’s powerful unions, which make it difficult to hire and fire staff, are seen as a deterrent to investors. Among the reforms, Macron wants to cap compensation awards in unfair dismissal cases.

France’s second largest union, General Confederation of Labor, has denounced Macron’s reforms and issued a statement in June saying it was preparing “for the struggle and mobilization to push back the wrong measures.”

When former President François Hollande tried similar reforms in March 2016, it brought hundreds of thousands of protesters to the streets, launching the “Nuit Debout” social movement.

The proposed laws faced violent protest, and were watered down before being formally introduced and passed.

Macron, who served as Hollande’s  minister of economy and finance before quitting to form his own political party, had also pushed pro-business reforms in Hollande’s government.

Macron wants to reduce public spending by  60 billion euros (US$67 billion) and redirect that money to public investment in energy, vocational training and transport infrastructure.

Some of that savings will come from cutting 120,000 public sector jobs through attrition, a process that should be easier for unions to stomach.

He has also pledged to crackdown on unemployment benefits for people that repeatedly turn down job offers.

Many of the reforms are aimed at giving companies more flexibility to negotiate contracts with individual staff.

Markets have generally embraced Macron’s win, as have private sector economists. His campaign promise to cut corporate tax from 33 percent to 25 percent has been welcomed by investors.

While many see his reforms as ambitions, Macron can capitalize on the widespread dissatisfaction with France’s political establishment, a common read on the election results.

The Republicans, and even more so the Socialists, were hammered in the election. Republicans and their conservative allies retained just 131 seats, while the Socialist Party and allies were left with 44, their lowest result in decades.

Marine Le Pen’s far-right National Front won eight seats, a breakthrough for the party, but far from what they had hoped.

The election also saw a record count of women win seats, 223 in total, beating the previous record of 155 set after the last election.