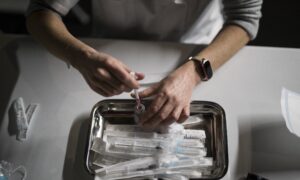 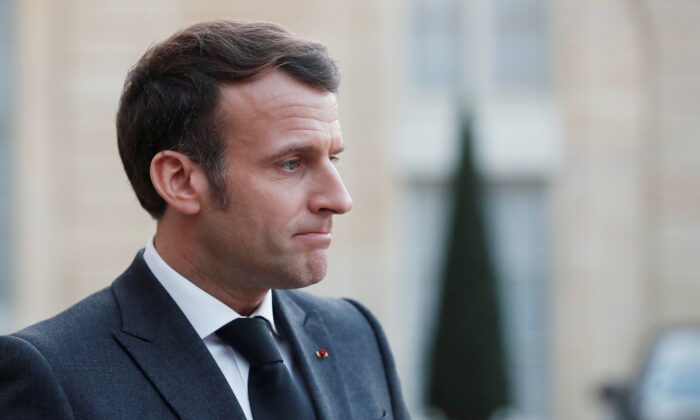 French President Emmanuel Macron, talks to the press after a meeting with Libya's interim leaders at the Elysee Palace in Paris, France, on March 23, 2021. (Benoit Tessier/Reuters)
Europe

Macron Says France to Reopen Embassy in Tripoli on Monday

PARIS—France will reopen its embassy in the Libyan capital Tripoli next Monday to show its support for the North African country’s new authorities, President Emmanuel Macron said on Tuesday.

Libya’s new unity government took office on March 16 from two warring administrations that had ruled eastern and western regions, completing a smooth transition of power after a decade of violent chaos.

“We will do everything that is in our power to defend this sovereignty and stability agenda,” Macron said alongside Mohammed al-Menfi, the head of the Libyan presidency council.

“Monday our embassy in Tripoli will reopen and our ambassador will be back on your territory,” he said.

Paris closed its embassy after evacuating some 50 French and British nationals as fighting broke out in Tripoli in July 2014, and based its ambassador in Tunis.

Menfi was making his first overseas visit since taking his post.

Macron said France and its European partners were united in backing the new authorities’ efforts to uphold a ceasefire, unify the national army and financial institutions and work towards planned elections at the end of the year.

He also said it was imperative foreign forces and fighters leave Libya.

“Turkish, Russian fighting forces and foreign fighters imported by these countries or others must leave as quickly as possible because only a unified Libyan army can secure Libya,” he said.