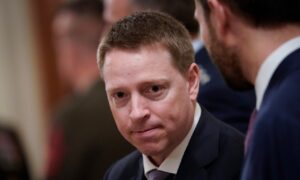 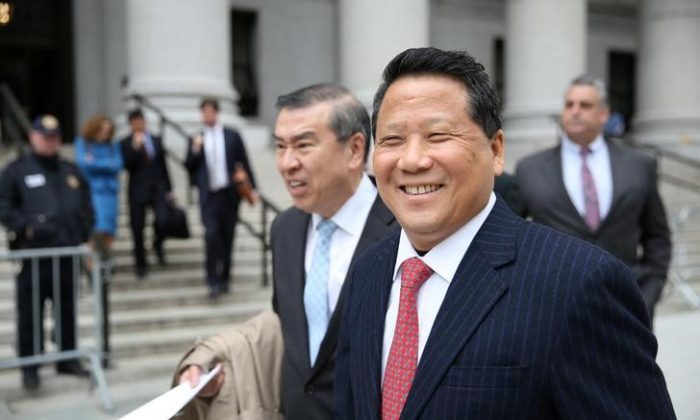 Ng, 69, was sentenced in Manhattan federal court by U.S. District Judge Vernon Broderick, who also ordered him to forfeit $1.5 million, representing assets used in his crimes, and to pay a $1 million criminal fine.

Prosecutors had sought a sentence of more than six years, while Ng‘s lawyers had urged Broderick to impose a sentence of time served and let Ng return to China.

Ng is a native of Guangdong Province in mainland China and moved to Macau in 1979, beginning his career trading in cheap garments, according to Macau Daily Times. The city of Macau was a former Portuguese colony that was returned to the Chinese regime’s sovereignty in 1999.

Broderick denied a motion by Ng‘s lawyers to keep him out of prison on bail while he appeals his conviction, ruling that Ng would have to surrender to authorities in July.

A lawyer for Ng was not immediately available for comment.

Ng has been under house arrest in a Manhattan apartment since shortly after his arrest in 2015. He was found guilty by a jury last July of charges including bribery and money laundering.

Prosecutors said during Ng‘s four-week trial last year that Ng paid more than $1 million in bribes to Francis Lorenzo, a former deputy ambassador from the Dominican Republic, and John Ashe, a former U.N. General Assembly president and ambassador from Antigua and Barbuda.

The prosecutors said that with the two ambassadors’ support, Ng hoped to build a conference center in Macau that would turn the city into the “Geneva of Asia,” while winning “fame and more fortune” for himself. The center was never built.

Lorenzo pleaded guilty to bribery and money laundering, and he testified against Ng at his trial after agreeing to cooperate with prosecutors.

Ashe was also criminally charged but died accidentally at home in June 2016 after dropping a barbell on his neck.