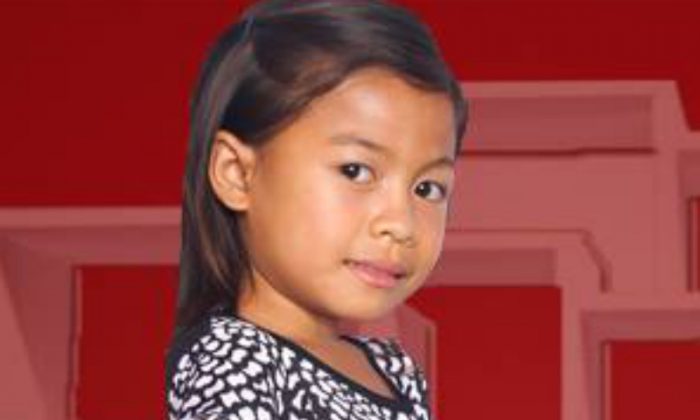 Lyca Gairanod of Team Sarah won the first The Voice Kids in the Philippines over the weekend.

Gairanod, 9, clinched the win after getting the highest percentage of public votes.

Gairanod is from Cavite and used to scavenge junk to help her family pay the bills, reported ABS-CBN. She also performed for neighbors for extra money.

Her mother also scavenged junk while her fahter is a fisherman.

She won a recording contract with MCA Universal, a P1-million cash prize, a house and lot from Camella Homes, a musical instrument package, and a home appliance package, among other prizes.

Gairanod broke into tears as her parents rushed onto the stage. She later gave an encore performance of Regine Velasquez’s “Narito Ako.”

The Voice Kids Philippines was very popular, coming in at the number one television program last month. The show will likely be renewed.

The Voice of the Philippines (the same thing but with adults) season 2 will premiere later this year.