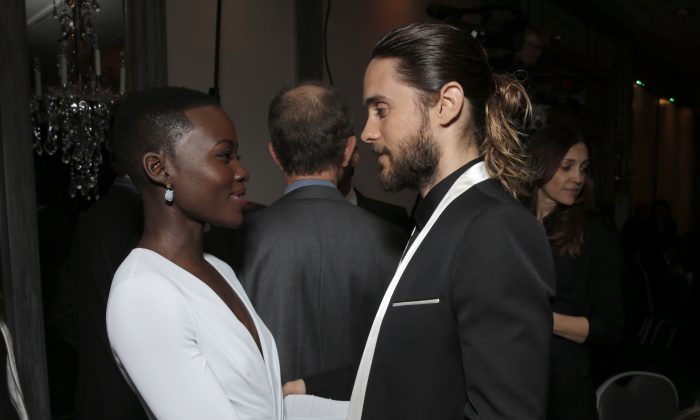 Lupita Nyong’o does have a boyfriend, but it’s a rapper not fellow actor Jared Leto.

That’s according to an Us Weekly source, who says that Nyong’o–famous for her role in “12 Years a Slave”–has been dating K’Naan since September 2013.

Nyong’o, who was born in Mexico but grew up in Kenya, has bonded with K’Naan over their similar interests, a friend of the singer’s said.

“She loves his humanitarianism,” the friend said. “They’re both passionate about African issues.”

K’Naan, 36, has children with his former wife but Nyong’o hasn’t met them yet.

The friend says that the pair are taking it slow.

Rumors were sparked by Leto, who won an Oscar on the same night Nyong’o did, called the African actress his “future ex wife” in his acceptance speech for an Independent Spirit Award.

The pair were also seen in New York City and Paris together recently.

“When I read these rumors, they’re so detailed that even I start to question whether they’re true or not,” Nyong’o joked on The Ellen Show last month.