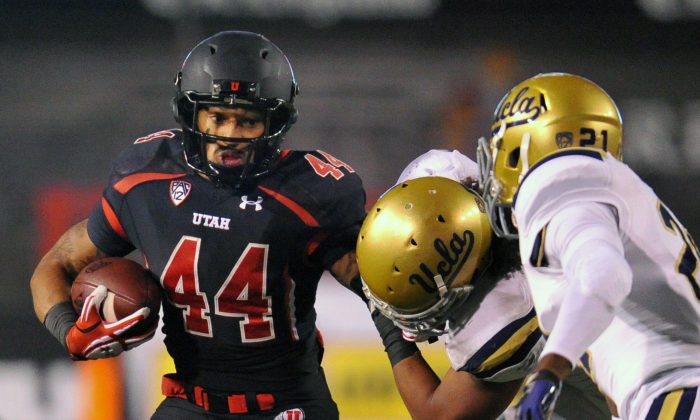 Luke “Lucky” Radley, a running back for the Utah Utes, says that he’s “shocked” to have been named in the manifesto of accused killer Elliot Rodger.

Police say Rodger stabbed three people to death and shot three others, in addition to wounding others. After a standoff with police he died.

Rodger named numerous people in his manifesto, including a girl he accused of teasing him in school earlier in his life, multiple family members, and Radley.

Rodger wrote that he was angered with men that women liked, as he was unable to find a girl who liked him. Radley was among the group, the 22-year-old wrote.

Radley said that his girlfriend handed him her cellphone with a video on it. The video was of Rodger making threats, after the mass killings on Friday.

Radley said that he dropped the phone as soon as he saw Rodger’s face.

“I was just like, ‘Wow, this guy lived literally three doors down from me,’ ” Radley told The Salt Lake Tribune. “He was really quiet. He never said anything.”

Although Rodger was displeased for Radley being “immediately popular with the pretty girls of his grade”–“I hated him for it”–when they attended the same middle school, the accused murderer wrote that Radley “was very nice at the time” when they were in elementary school.

“Literally, I’ve done nothing wrong to him whatsoever,” Radley said. “I really hung out with him in fourth grade. After that, he was kind of doing his thing. I was into sports and he was kind of into other things.”

He recalls Rodger often wearing a Blink 182 hooded sweatshirt and having difficulty socializing.

His stepmother Soumaya Akaaboune frequently asked Radley to hang out with Rodger.

“I would always play outside and try to catch lizards and stuff like that, and his mom would try to engage us and say, ‘Oh, come over! We have lizards in our backyard!’ or ‘Come over, we have pizza!’”

Radley says that he’s not going to read the manifesto and will work to not let the situation affect his schoolwork or football.

“I feel like this could have been avoided if people just talked to him,” Radley concluded.