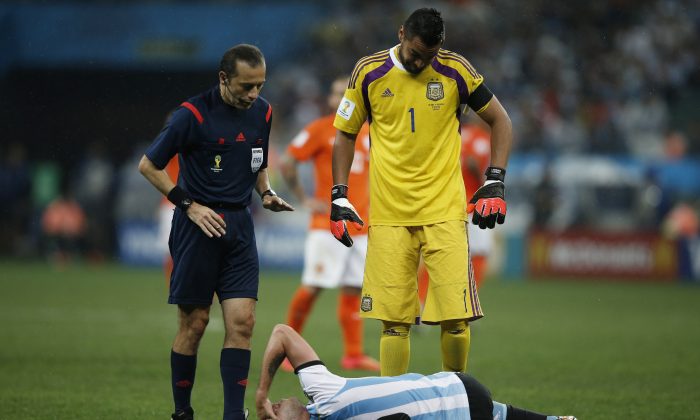 Argentina's midfielder Lucas Biglia (down) gestures in pain next to Turkish referee Cuneyt Cakir and Argentina's goalkeeper Sergio Romero during the semi-final football match between Netherlands and Argentina of the FIFA World Cup at The Corinthians Arena in Sao Paulo on July 9, 2014. (ADRIAN DENNIS/AFP/Getty Images)
Soccer

Lucas Biglia got hurt against Netherlands in the 61st minute.

The Argentine midfielder was involved in a tackle with Netherlands’ Daryl Janmaat.