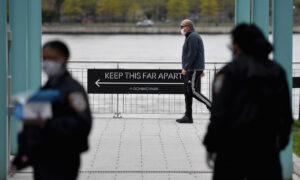 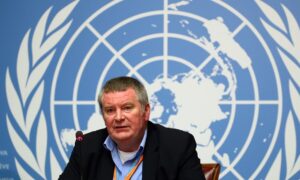 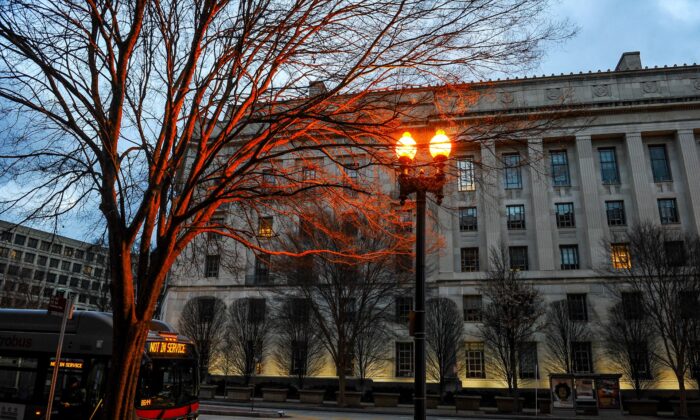 The U.S. Department of Justice building is bathed in morning light at sunrise in Washington, on Feb. 14, 2020. (Mary F. Calvert/Reuters)
High-profile cases

WASHINGTON—The U.S. Department of Justice (DOJ) on May 13 said it has charged two more individuals for defrauding the U.S. government CCP virus bailout program: a Texas engineer and a star from the reality television show “Love & Hip Hop Atlanta”.

The small-business loan program, known as the Paycheck Protection Program, is part of an unprecedented $2.2 trillion CCP (Chinese Communist Party) virus economic package meant to reimburse businesses and households for lost income due to shutdowns and stay-at-home orders. The United States filed its first criminal charges for defrauding the bailout program last week.

Maurice Fayne, a star of the show who also goes by Arkansas Mo, was arrested on bank fraud charges for allegedly using more than $1.5 million he obtained in the name of Flame Trucking for himself, instead of retaining workers. He bought $85,000 worth of jewelry including a Rolex watch, made loan payments, and paid $40,000 for child support with the money, a DOJ statement said.

“The defendant allegedly stole money meant to assist hard-hit employees and businesses during these difficult times, and instead greedily used the money to bankroll his lavish purchases of jewelry and other personal items,” Assistant Attorney General Brian A. Benczkowski of the Justice Department’s Criminal Division said in a statement.

Fayne’s lawyer Tanya Miller said in an email: “There has been considerable confusion among small business owners about PPP guidelines—particularly around the question of whether and how business owners are permitted to pay themselves a salary or take an owner’s draw.”

Prosecutors have also charged Shashank Rai, a Texas engineer, for allegedly seeking about $13 million in PPP funds from two separate banks by claiming to have 250 employees, when he had none, according to a separate statement from the DOJ.

Reuters could not reach a lawyer for Rai.

In March, Attorney General William Barr ordered all U.S. Attorney offices to prioritize investigations into CCP virus scams, such as the peddling of fake cures, investment schemes, and Medicare fraud.

The federal government has been pushing to get funds to businesses quickly as firms struggle to stay in business due to the CCP virus outbreak.