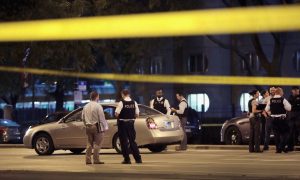 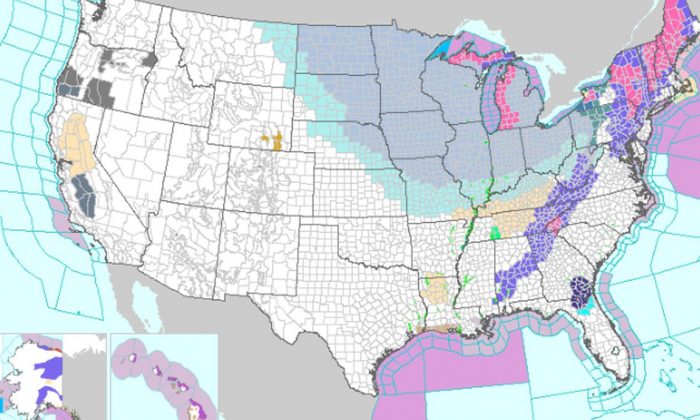 Chicago residents on Jan. 30 reported hearing loud boom-like noises, but there were no earthquakes reported.

WGN-TV reported that the booms might “have been cryoseisms, or frost quakes” amid subzero temperatures.

According to the Maine Department of Agriculture, “A cryoseism, or frost quake, is a natural phenomenon that produces ground shaking and noises similar to an earthquake, but is caused by sudden deep freezing of the ground.”

It adds: “They typically occur in the first cold snap of the year when temperatures drop from above freezing to below zero, particularly if there is no snow cover to insulate the ground. The primary way that they are recognized is that, in contrast to an earthquake, the effects of a cryoseism are very localized.”

A number of viewers of WGN, based in Chicago, said they could hear them.

“I thought I was crazy! I was up all night because I kept hearing it,” viewer Chastity Clark Baker wrote on Facebook. “I was scared and thought it was the furnace. I kept walking through the house. I had everyone’s jackets on the table in case we had to run out of here.”

Added another: “Yes! I heard one last night. Checked my whole house with a huge knife in my hand!”

Wrote another: “Thank you for reporting this because I was freaking out all night.”

Did you hear loud booms or banging sounds overnight? You might've been hearing Frost Quakes: http://via.wgntv.com/DAbuf

The government website says that the vibrations of a cryoseism don’t travel very far.

They don’t “release much energy compared with a true earthquake caused by dislocation of rock within the earth,” the agency says.

According to the agency, “On the other hand, since cryoseisms occur at the ground surface they can cause significant effects right at the site, enough to jar people awake. Cryoseisms typically occur between midnight and dawn, during the coldest part of the night. If conditions are right, they may occur in a series of booms and shakes over a few hours or even on successive nights.”

Did you hear loud booms or banging sounds overnight in Chicagoland? Those sounds might have been cryoseisms — or frost quakes.

Temperatures in Chicago got to minus 20 at night, according to forecasters.

One of the coldest arctic air mass intrusions in recent memory is surging south into the Upper Midwest before spreading across much of the eastern two-thirds of the country,” said the National Weather Service.

“I about just got caught in a giant wreck; cars are into other pickups, there’s people hurt. I gotta let you go.” Jason Coffelt is heard saying in an Instagram posting dated Tuesday, as his truck is forced off the highway and pulls up just before a multi-vehicle accident. In neighboring Illinois, Chicago was bracing for one of its coldest days on record.