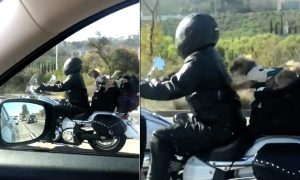 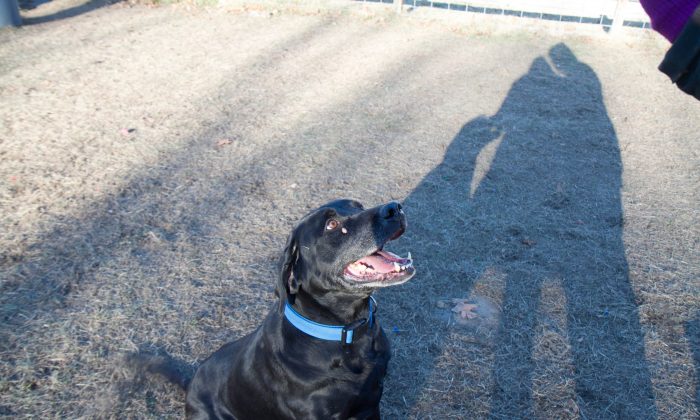 A Kansas man was puzzled when his dog—a dog he thought was lost forever—apparently came back to him with another dog and a goat after going missing.

Kyle Krier from Concordia, Kansas, said he and his wife, Laura, said he let the family dog out of the home to go to the bathroom but the animal never came back home.

“My wife told me there was another white dog in our yard and Bo took off and would not come back,” he wrote online, according to the Daily Mail.

He added: “We looked all over the place for him and could not find him. We decided to go home and wait for him to come back but he never did. I went out in the morning to look for him and found no sign of him anywhere.”

Krier said his dog was seen about six miles away from their home in Concordia.

If you need to see something adorable ——> Hilarious moment man reunited with lost dog returns with another pooch
https://t.co/fv7fQLllug

“My wife got a call that someone had just about hit a black lab, a white lab and a goat on the road. My wife called me and told me the news and I knew right away that was our dog. I left work right away. I saw the crew out in a cut bean field on the east side of the highway,” he stated.

A video captures the moment Bo arrived with another dog and goat. The footage shows the three animals climbing on Krier’s truck.

Hilarious moment man is reunited with his lost dog, who then returns with another pooch and a goat https://t.co/X81p8qcaPg pic.twitter.com/fyJwsyhYFA

“Hey goat you wanna get in my truck too?” he asked the goat. “Hop in! Get in the back. Just make yourself at home,” he added.

Krier said the goat belonged to his next-door neighbors, Chris and Shawna Huggans. The other dog lived at a home nearby.

The dog’s best friend? For sure: The goat! https://t.co/sQGycOdBCf pic.twitter.com/VD8bdgfM0u

“We had been searching for him nonstop,” Laura Krier, Kyle’s wife, told The Dodo.

“It’s difficult to say if Bo the black Lab or Libby and Ozzy were the culprit in starting the adventure. But, nonetheless, they escaped,” Shawna Huggans added to The Dodo. “They’re pals for sure.”

Incredible moment missing pet Labrador finds his way home a week after vanishing – with another dog and a GOAT in tow 😲 https://t.co/QUaUted58E

Some have remarked that the viral story is similar to the plot of popular children’s’ movie “Homeward Bound,” where two dogs and a cat go on adventures.

“It was one of those stories that you tell your family and friends and they don’t believe you,” Krier said. “But then you watch the video and it totally happened.”

“It is funny. Bo is crazy, he is full of energy and always up to something,” Krier said. “He’s a nice, sweet dog.”