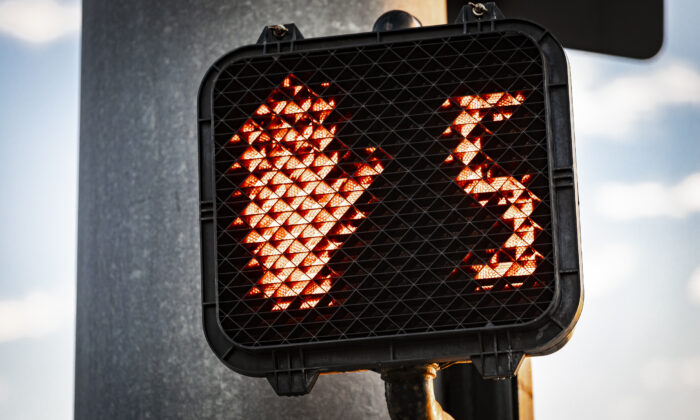 LOS ANGELES—Los Angeles will reduce its speed limits by 5 miles per hour in many areas of the city to improve pedestrian safety amid increasing fatal cases of speeding-related car accidents.

On Feb. 22, the Los Angeles City Council unanimously voted to lower the speed limits for more than 177 miles of city streets, after the council’s Transportation Committee referred the matter to the council last week.

“I am thrilled to be able to restore saner speed limits to 177 miles of city streets,” Councilman and Transportation Committee Chair Mike Bonin said in a statement last week.

Seleta Reynolds, general manager of the city’s Transportation Department, said that traffic deaths have increased “despite our investments and engineering work.”

“We know speed kills,” Reynolds said in the statement. “This proposal will roll back speed limits on streets in Los Angeles to common sense levels that will save lives.”

“Los Angeles was instrumental in helping me modernize the law with the passage of AB 43, and I appreciate the city’s quick action to restore safe speed limits across the region,” Friedman said in the statement.

Friedman said that the COVID-19 pandemic increased drivers’ speed, resulting in a 21 percent increase in traffic fatalities in the city in 2021.

Previously, the state law required speed limits to be set at the “85th percentile,” or “the speed at or below which 85 percent of the drivers travel.”

With this methodology, if one in six drivers speeds above the limit on a given street, the street’s speed limit must be raised, as the city’s Department of Transportation pointed out in a Feb. 10 report.

As a result, the city was required to raise speed limits on more than 200 miles of city streets during the last speed limit renewal cycle—including on some streets that had experienced the highest rate of severe or fatal crashes, according to the report.

In consideration of pedestrian safety, AB 43 grants the city permission to reduce speed limits in areas identified as “business activity districts” or “safety corridors,” where people walk, bike, and gather.

Most of the areas to be affected by the new requirement currently have speed limits between 35 and 50 miles per hour, according to the report, which emphasizes how the speed of a vehicle is closely tied with the severity of a collision.

The ordinance will now go before the desk of Mayor Eric Garcetti, who previously expressed his support for the decrease.

“Nothing is more important than the safety of our residents, and every single decision we make prioritizes their well-being,” Garcetti said in the statement. “We’ve fought for the ability to lower our speed limits for years, and this proposal will help make our streets safer for everyone who uses them.”

The ordinance should take effect one month after it is approved by the mayor.