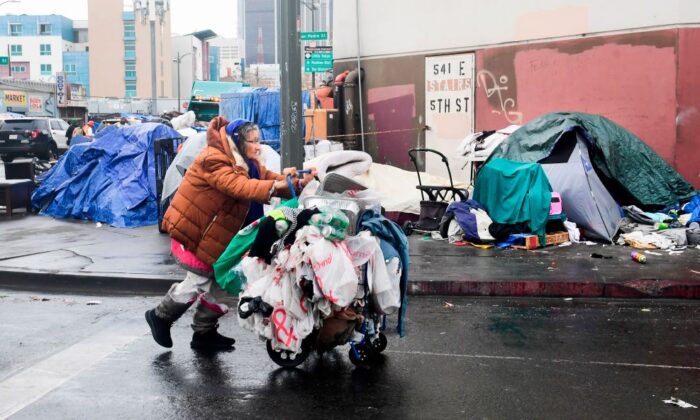 LOS ANGELES—A resolution in support of a California Senate bill aimed at incorporating the needs of domestic violence victims and unaccompanied women into homelessness planning was passed by the Los Angeles City Council on April 5.

If the legislation is passed, it would require California cities, counties, and continuums that receive homelessness response funding from the state to ensure that domestic violence victims’ and unaccompanied women’s needs are incorporated into the systems.

The resolution notes that unaccompanied women wait more than 10 years to access stable housing, which it says is twice the rate of men. It adds that unsheltered women are at a higher likelihood of sexual violence, trauma, and inadequate access to hygiene supplies.