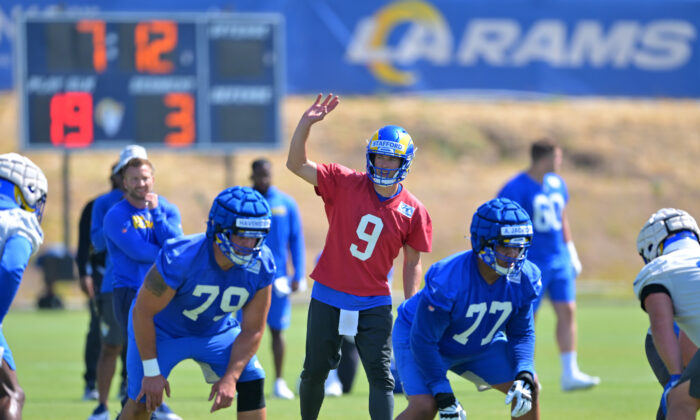 LVI Super Bowl Champions the Los Angeles Rams are solidifying their roster signings to prepare to defend their title this season, beginning with training camp from July 29 to August 10 at Crawford Field at the University of California–Irvine in Southern California.

“Just continue to develop the depth of our young guys and improve on our technique and our ability to be dominant in the run game, as well as affect the quarterbacks.”

Heading into his 14th season in the NFL following a prolific first year with the Rams, quarterback Matthew Stafford will also return after signing a four-year, $160 million extension on March 19.

Having spent his first 12 seasons with the Lions, Stafford said his grasp of the Rams and their offensive strategies 12 months ago was “just so small in comparison to what I know and understand now.”

“It gives me great comfort in the fact that we can go above and beyond what we did last year,” Stafford said in an episode of the “Behind the Grind” series.

The tight end position may be strongest anchored by Tyler Higbee, who returns as a starter following last year’s 61 catches for 560 yards and five touchdowns.

Kendall Blanton also played a major role following Higbee’s injury in the playoffs, with seven catches for 75 yards in the Divisional and NFC Championship games.

When Blanton was injured, Brycen Hopkins stepped up in the Super Bowl with several clutch catches.

The Rams kick off the pre-season game schedule visiting nearby Los Angeles Chargers on Tuesday August 18, at 7 p.m PT, and will host the Buffalo Bills on Thursday September 8, at 5:20 p.m. PT.

Saturday, July 30: Back Together Saturday