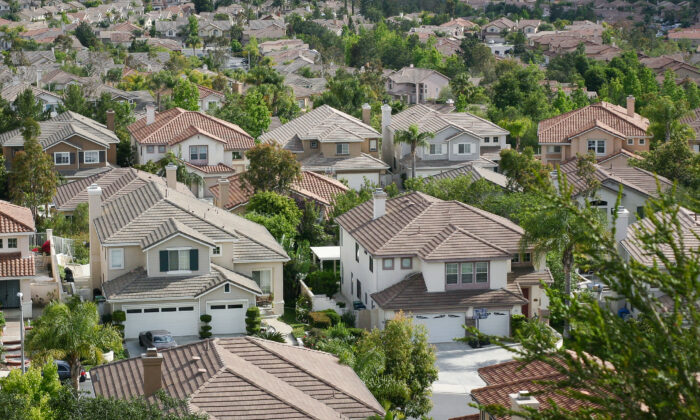 As the housing demand in California remains strong, the March median sales price in Los Angeles and Orange counties set another record.

Los Angeles County had over 5,000 single-family home sales at a median price of $900,000—a 9 percent increase compared to the same time last year, according to Irvine-based CoreLogic (pdf), a real estate data reporting firm.

Meanwhile, Orange County saw nearly 2,000 single-family homes sold at a median price of $1.2 million, a 28 percent increase from March of 2021.

Levine said he expects the Federal Reserve to raise interest rates in the next couple of months in an effort to combat inflation which, he said, will adversely affect housing demand. However, the effect will not be noticed until the second half of 2022, he said.

The city of Lancaster saw the most homes sold, with 255 that closed escrow in March at an average median price, among three zip codes, of $435,000—an 18 percent increase on average compared to the same time last year.

Elvis Sandoval, a realtor serving the Lancaster and Palmdale areas told The Epoch Times that people are choosing the area because homes are still within “the price range of people’s budget.”

“It’s still cheaper than anywhere else in Southern California,” Sandoval said. If people are interested in buying a home or raising a family and staying within their budget, Lancaster and Palmdale are “still possible,” he said.

Santa Monica registered the highest median price for a single-family home in March, clocking in at just over $7 million for zip code 90402, based on 11 sales.

Compared to LA County, the median sales price in Orange County is much higher at $1.2 million.

The City of Lake Forest with a zip code of 92630 saw the most home sales in March with 68 closing escrow at a median price of $1.2 million, a nearly 32 percent increase from March of 2021.

Newport Coast with a zip code of 92657 recorded the county’s highest median selling price of $3.85 million, a 4.3 percent decrease compared to the same time last year.

John Sturdevant, an Orange County-based real estate broker said homes in Orange County have always been in high demand, and new developments may be the reason for the surge in Lake Forest.

In terms of why Orange County saw fewer homes sold with about 1,900 closing escrow in March compared to just over 5,000 in LA County, Sturdevant told The Epoch Times that Orange County tends to have a low mobility rate because residents enjoy living there.

“There are not that many people leaving [Orange County] and selling,” he said. “We don’t have enough sellers here.”