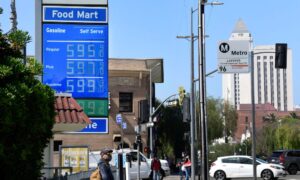 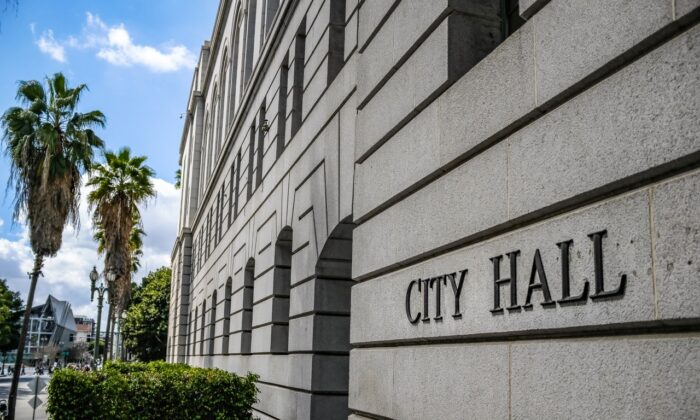 The Los Angeles City Council unanimously voted Aug. 11 to prepare an ordinance that will require people to show proof of at least partial COVID-19 vaccination to enter public indoor spaces in the city, including restaurants, bars, gyms, entertainment venues, and retail stores.

The ordinance is more restrictive than a policy recently enacted in New York City, which focuses more on entertainment-oriented public spaces such as restaurants, gyms, and entertainment venues, and excludes retail stores.

“Instead of fighting science, we should be fighting the virus,” O’Farrell said in a statement. “The data is clear: vaccines are safe and effective.”

O’Farrell went on to say the ordinance could potentially ward off an economic shutdown.

During the meeting, O’Farrell called choosing not to get vaccinated against COVID-19 “immoral,” saying some people choose to “listen to some delusional rant on Twitter.”

A number of Los Angeles residents called into the council meeting to oppose the ordinance. Some expressed distrust in the vaccines, while others claimed requiring proof of vaccination is a form of discrimination or segregation.

Resident Elizabeth Elliott, who called into the meeting to give public comment, disagreed with O’Farrell on both the ethical and economic impact of the ordinance, saying it is “unethical to force” people to inject a vaccine into their body.

“People should have medical freedoms to research and make their own health decisions. We as citizens have a right to privacy, especially with our health information,” Elliott said.

Others who called into the meeting in opposition of the mandate said the council would likely see pushback from residents as a result of the mandate.

“We have people talking about segregation because we know that the majority of people in this community refusing to get vaccinated are minorities, because they know history,” said one caller, who identified himself as Justin.

“Going down this road right now is really dangerous. We’re going to see lots of serious backlash, including lawsuits.”

Councilmen Mitch O’Farrell and Bob Blumenfield didn’t respond to a request for comment by press deadline.