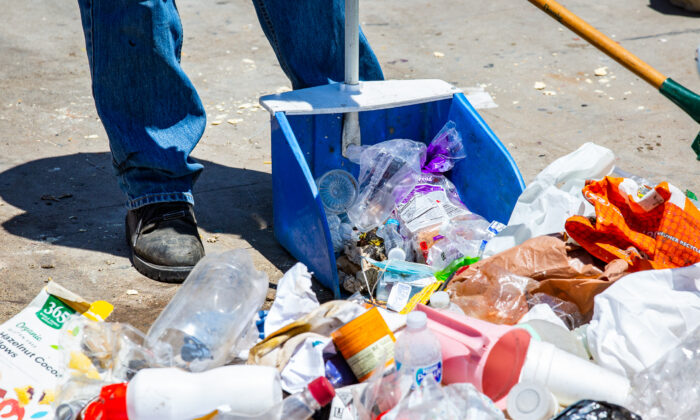 LOS ANGELES—After the city’s auditor indicated illegal dumping had increased by 450 percent in a recent four-year span, the Los Angeles City Council unanimously approved on April 13 the request for an additional $16 million for its Bureau of Sanitation to crack down on the issue and clean up the city’s streets.

The funds—which would pay for more sanitation workers, trucks for pickup, camera surveillance to catch illegal dumpers and a public education campaign—will be requested to be included in the city’s upcoming budget, which covers July 1, 2022, through June 30, 2023.

“Illegal dumping is not only a blight, it has a negative effect on the way we see our own city, the way we feel about our surroundings and moreover, it’s just plain unhealthy and dangerous,” LA City Councilmember Paul Koretz said. “So if we’re really going to tackle this issue, we need to be providing the bureau with the resources needed to do that, and that includes education and enforcement to deter illegal dumping.”

According to Koretz, last year, city sanitation workers responded to nearly 30,000 requests for pick-ups and collected over 15,000 tons of solid waste.

Currently, the city has 18 workers, which work in teams of two, to pick up bulky items on request—such as oversized sofas and old electronics.

But more trash has ended up dumped illegally on the street and from homeless encampments, which have proliferated in recent years, putting pickups and clean-ups behind schedule, according to Galperin’s report, which examined the issue between 2016 and 2020.

If the additional funds are approved by the mayor, they will add another 61 workers as well as 25 new trucks for the pickups.

“This is the largest, geographically, city in all of America, with the second-largest city population after New York … and we have nine two-person teams,” said LA Councilmember Kevin de Leon, who represents downtown Los Angeles where much of the illegal dumping occurs. “It doesn’t take rocket science. We have to double down.”

The funds would also revive the inter-departmental Illegal Dumping Working Group, which would oversee penalties and enforcement of illegal dumping, and pay for a city-wide, multilingual campaign to educate Angelenos on the potential environmental impacts and personal consequences of illegal dumping and to remind citizens they can call 311 to have bulky items removed.

Additionally, the city will consider installing more cameras throughout the city—with some being “dummy cameras”—to deter illegal dumping.

Currently, the penalties for illegal dumping violations are punishable from a minimum $200 fine up to a fine as much as $25,000 and possibly jail time, according to the Bureau of Sanitation.

If the plan is approved in the upcoming budget, the Illegal Dumping Working Group will consider changing the potential penalties and fines for illegal dumping, according to the bureau’s March 31 report—though the bureau did not specify how they would change the penalties.