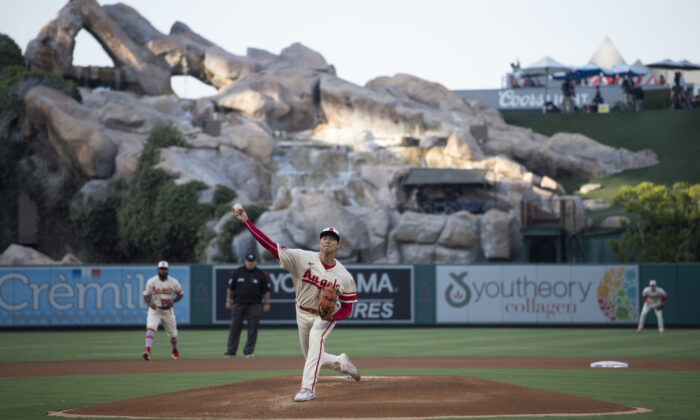 Shohei Ohtani #17 of the Los Angeles Angels pitches against the Oakland Athletics in the first inning at Angel Stadium of Anaheim, in Anaheim, August 3, 2022. (John McCoy/Getty Images)
Baseball

LOS ANGELES—Los Angeles Angels owner Arte Moreno on Tuesday, August 23, said he has begun exploring the possibility of selling the Anaheim-based team he has owned for 20 seasons.

“Although this difficult decision was entirely our choice and deserved a great deal of thoughtful consideration, my family and I have ultimately come to the conclusion that now is the time,” Moreno said in a statement.

“Throughout this process, we will continue to run the franchise in the best interest of our fans, employees, players, and business partners.”

Moreno bought the Angels from the Walt Disney Company for $180 million in 2003, making the billionaire businessman the first Mexican-American to own a major pro sports team in the United States.

The Angels won its lone World Series in 2002, shortly before Moreno purchased it, and the team has struggled in recent years with its last postseason appearance coming in 2014.

The Angels Organization said it had retained Galatioto Sports Partners as financial advisors for the possible sale process.