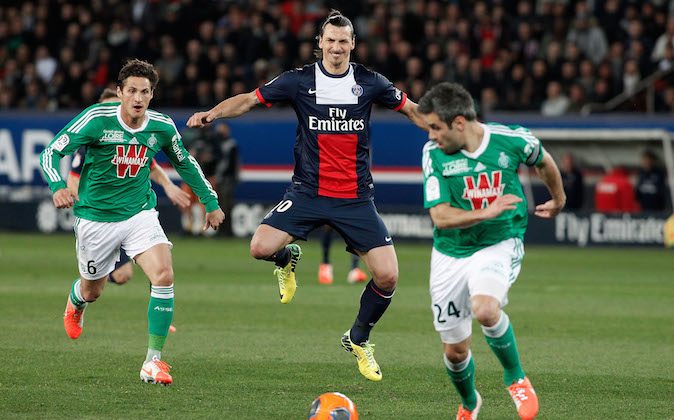 The game will also be air on beIN Sports USA and Univision Deportes, in the United States.

Can Anyone Stop Zlatan?

Zlatan Ibrahimovic cannot stop scoring and the Paris Saint-Germain striker broke a long-standing record last weekend when he fired in both goals in a 2-0 win at Saint-Etienne.

The goals took his tally to 40 in all competitions for the season so far, bettering Carlos Bianchi’s club record of 39, set in 1977-78.

“This record is important for you, but for me I’m just doing my job,” Ibrahimovic said. “There are still nine matches left so we’ll see what will happen.

“It was important to win, the goals are just a bonus.”

PSG, which is also through to the Champions League quarterfinals, remained eight points above Monaco. On Friday it visits mid-table Lorient which has won just one of its past eight league matches.