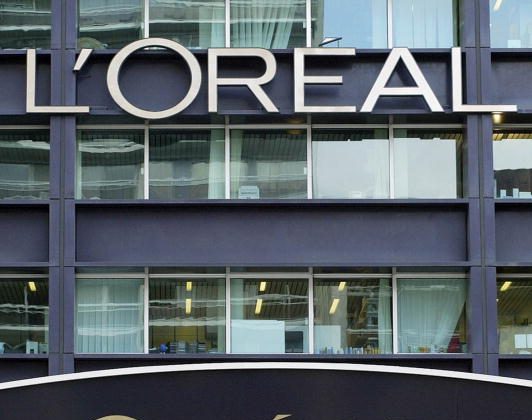 FRANCE - FEBRUARY 18: Logos above the main entrance of the L'Oreal SA headquarters in Clichy, near Paris, France. (Photo by Patrick Durand/Bloomberg via Getty Images)
International

PARIS—France’s L’Oreal on Wednesday said it had agreed to buy South Korean make-up and fashion firm Nanda, as foreign cosmetic industry leaders jostle for a slice of one of the world’s most innovative beauty markets.

L’Oreal did not disclose how much it was paying for the company, detailing only that Nanda, known for its fashion business Stylenanda and 3CE cosmetics brand, had a turnover of 127 million euros (111.67 million pounds) in 2017.

The acquisition could be worth around 400 billion won (273.05 million pounds), Korean media previously reported when L’Oreal was picked as the preferred bidder.

The French group, owner of brands such as Lancome and Maybelline, said in a statement it planned to further roll out sales of 3CE internationally. The make-up brand generates nearly three quarters of Nanda’s revenue, the companies said, while Nanda primarily operates in Asia.

Foreign investors including LVMH , Estee Lauder and Unilever are also among those betting on continued demand for Korean beauty products in Asian markets such as China, backed by the popularity of Korean pop culture.

Korean beauty products, meanwhile – from face masks that incorporate innovative and natural ingredients such as snail slime, to high-end creams – are gaining traction outside Asia, and domestic companies like Amorepacific <090430.KS> are looking to expand in Europe.

L’Oreal said Nanda – its first Korean beauty brand – was “perfectly positioned to nourish the growing appetite for make-up of millennials in Korea, China and beyond.”

The acquisition is expected to be completed within two months, L’Oreal said.