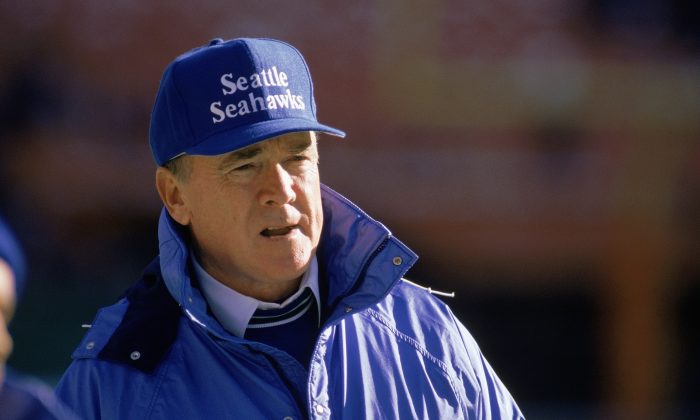 Knox coached for the Los Angeles Rams (twice), Buffalo Bills and Seattle Seahawks during his 22 seasons as a head coach. His regular-season record was 186-147-1 and he went 7-11 in postseason play.

He guided four teams to conference championship games—the Rams three times in the 1970s and the Seahawks in 1983—but never reached a Super Bowl.

Knox was an offensive line coach before landing the Rams’ job in 1973 and going 12-2, the first of five straight 10-win seasons with the franchise.

He departed after the 1977 season to take over the Buffalo Bills and he guided the team to two playoff appearances in five seasons. The sides parted ways due to contract dispute following the 1982 season.

Knox was hired by the Seahawks and made the playoffs in four of his six seasons and his 80-63 record stands for second-most wins in franchise history behind Mike Holmgren (86-74). Knox departed following the 1991 campaign after a second losing season in a three-year span.

Knox returned to the Rams and experienced three straight poor seasons — going 15-33 from 1992-94 — to end his NFL head-coaching career.