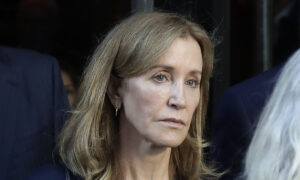 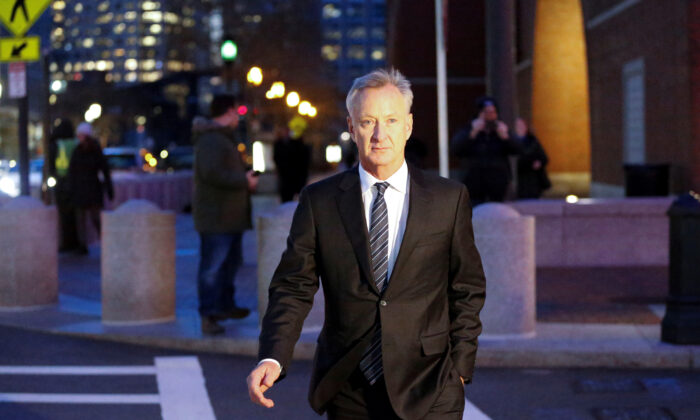 Title insurance executive Toby MacFarlane leaves the federal courthouse after being sentenced in connection with a nationwide college admissions cheating scheme in Boston, Mass., on Nov. 13, 2019. (Katherine Taylor/Reuters)
US News

A parent indicted in the nationwide college bribery scandal was sentenced to six months in prison, the longest sentence handed down by a court so far in the scheme.

MacFarlane was a senior executive at a title insurance company. Federal prosecutors said he conspired with William Singer, the mastermind of the scheme, to get his children into college.

Singer was the head of the purported charitable foundation the Key Worldwide Foundation. He would take money from parents and pass some to college employees to create fake transcripts and get non-competitive applicants into schools as athletic recruits.

According to the U.S. Attorney’s Office in the District of Massachusetts, MacFarlane paid $450,000 to Singer to get his children admitted to the University of Southern California (USC).

Singer emailed MacFarlane’s daughter’s high school transcript and college exam scores to USC assistant women’s soccer coach Laura Janke in 2013 and she and Ali Khosroshahin, the head women’s soccer coach at the time, created a fake soccer profile for the girl, falsely describing her as a “US Club Soccer All American” in high school. The coaches used a private soccer club they controlled as part of the profile. Singer transferred $50,000 to the club.

MacFarlane’s daughter was admitted as a soccer recruit and accepted, resulting in MacFarlane sending $200,000 to Singer, who issued a $100,000 payment to the soccer club Janke and Khosroshahin controlled.

In Nov. 2016, the same scheme took place for Macfarlane’s son, who was presented as a basketball recruit by Donna Heinel, the senior athletic director at USC, to the USC subcommittee for athletic admissions, despite lacking competitive experience. MacFarlane sent a $200,000 check to The Key Worldwide with the memo line “Real Estate Consulting,” similar to the check he sent Singer for his daughter’s entry, and another $50,000 check to USC Athletics.

MacFarlane appeared in federal court in Boston on Wednesday and was sentenced by U.S. District Court Judge Nathaniel M. Gorton to six months in prison, two years of supervised release, 200 hours of community service, and was ordered to pay a fine of $150,000.

A number of others involved in the scheme have received lighter sentences. Actress Felicity Huffman got only two weeks in jail; John Vandemoer, the former Stanford sailing coach, got only one day; and other parents such as Marcia Abbott and Gordon Caplan got only one month.

Some defendants who pled guilty still have yet to be sentenced and cases where defendants have not pled guilty are working their way through the courts. The most well-known out of those defendants are Lori Loughlin and her husband, fashion designer Mossimo Giannulli.