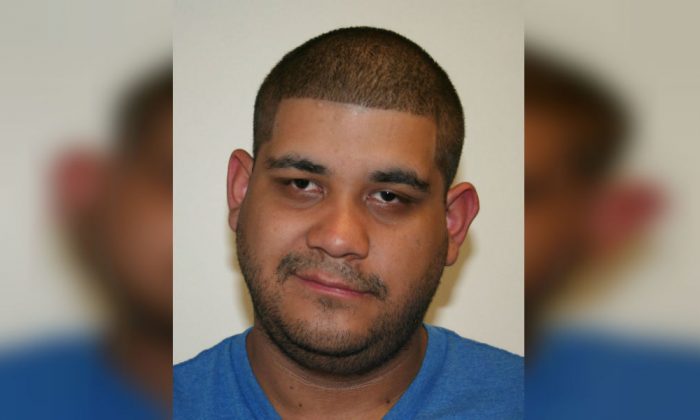 A man from Long Island, New York has been sentenced to nine years in prison for stealing $4.5 million from his own mother.

Prosecutors said the money was used to “fund a lavish lifestyle” that included a $100,000 bottle of champagne, private jets, football tickets, and other expenses.

Samuel Bernstein, 24, of Roslyn, Long Island, received the sentence on Thursday, Nov. 8, according to TheIslandNow, after earlier pleading guilty to larceny in the second degree.

Bernstein was originally charged with first-degree grand larceny and second-degree aggravated harassment after he allegedly accessed his mother’s bank account electronically and took money from a fund she had set up for a wheelchair tennis players charity, the Nassau County District Attorney’s Office said.

He faced a maximum sentence of 25 years in jail.

“This defendant stole more than $4 million from his mother, and used it to fund a lavish lifestyle that included private jets, night clubs, hotels, and more,” District Attorney Madeline Singas said. “Crimes that victimize family members betray the most fundamental trust and this defendant will pay with the loss of his liberty.”

Prosecutors said that Bernstein also used the funds to pay off American Express, Capital One, and Chase credit cards that belonged to his friends.

Bernstein allegedly used online and mobile payment services like Venmo, Paypal, Squareup, and Plastiq to transfer money to various accounts and then withdraw cash after the transfers.

“The victim set aside this money to support a charitable cause,” Singas said in a statement, “but because of her son’s alleged actions, more than $4.5 million was wasted on extravagant expenses.”

The district attorney’s office said Bernstein’s mother, who has not been named, became aware of her son’s misdeeds in April and filed a complaint in Manhattan. For jurisdictional reasons, the case was transferred to Nassau County.

His mother had also taken out a protective order against him. The district attorney’s office said he threatened via text message to destroy his mother’s home and harm a law enforcement officer’s family member. It was that threat that brought a misdemeanor charge of aggravated harassment in the second degree.

William Shanahan, Bernstein’s Mineola-based attorney, was not immediately available for comment, according to TheIslandNow report.

Bernstein was originally arraigned at a Nassau County district court on June 7 and entered a guilty plea on Aug. 29.