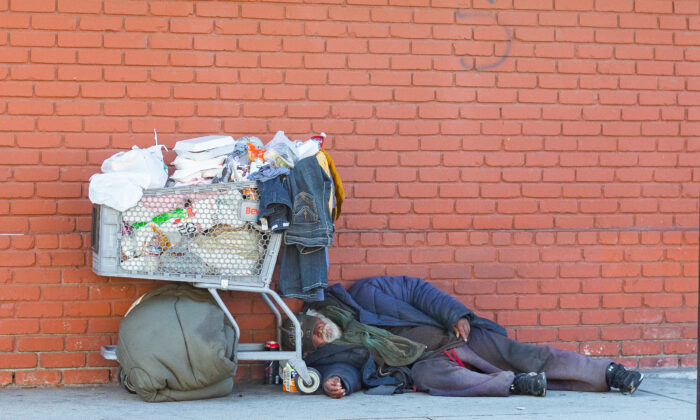 The count shows 3,296 people experiencing homelessness on Feb. 24, when the survey was conducted by the city’s Health and Human Services Department.

At the same time, according to the city, “while many remain unsheltered, more people than ever before are living in emergency shelters or interim housing in Long Beach.”

In addition, according to the city, 78 percent of the city’s homeless were living in Long Beach and Los Angeles County before becoming homeless, while more than 90 percent became homeless in California.

The city count was conducted in the early hours of Feb. 24 with the help of 250 volunteers—and those surveyed reported a range of reasons as primary contributors to their homelessness, from economic to mental illness to relationship issues to domestic abuse.

“The pandemic has made our local and statewide homelessness crisis even more challenging,” Long Beach Mayor Robert Garcia said in a statement Friday. “There’s no bigger issue and we must continue helping as many people as possible and getting them into shelter and housing.”

“Despite the unprecedented hardships brought on by the COVID-19 pandemic that have exacerbated the unhoused community, the city has continued to make sheltering, housing and offering resources to people experiencing homelessness a top priority,” Modica said. “I’m moved by the continued efforts of our Homeless Services team, but we know more must be done, both locally and at the state and national levels, to address this crisis.”

In a statement, the city cited all manner of homeless-related data from the survey:

According to the city, it shelters 40 to 60 people per night in motels, and plans to build new tiny homes in the coming months for people experiencing homelessness. It’s also in the process of purchasing a new Project Homekey site.

In addition, while more than 130 people have been housed through the 582 Emergency Housing Vouchers the Long Beach Housing Authority has been allocated, many more people are currently holding those vouchers but are unable to get landlords to take them in, according to Jennifer Rice Epstein, public affairs officer of the Long Beach Department of Health and Human Services.

“We would love to find some property owners who would take this guaranteed rent and help be part of the solution,” Rice Epstein told City News Service.

The city’s survey is separate from the countywide Greater Los Angeles Point-in-Time Homeless Count—which was conducted over a three-day span in February, and the results of which are expected to be made public sometime this summer by the Los Angeles Homeless Services Authority.