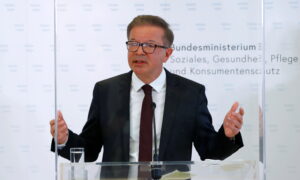 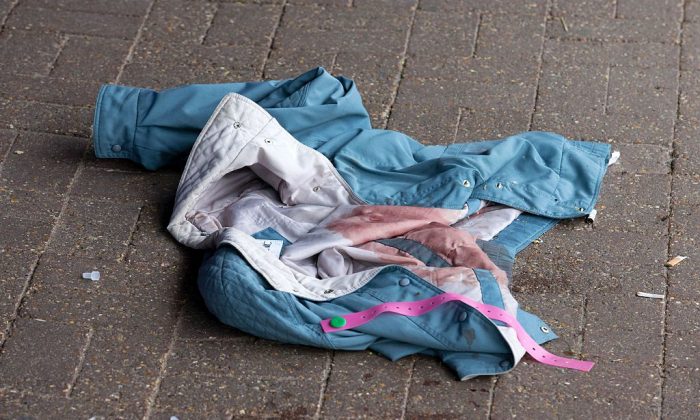 A jacket is pictured outside a Sainsbury's shopping store in west London, on May 20, 2016, after a man was arrested following the stabbing of four women. (JUSTIN TALLIS/AFP/Getty Images)
Europe

The murder rate in London has risen above New York City’s as stabbings in the capital of the United Kingdom have driven the increase.

The Sunday Times reported that it’s “the first time in modern history” that London saw more murders in a month than New York.

In February, 15 people were murdered in London versus 14 in New York City.

March will likely continue the trend as London had 22 killings estimated in the capital versus 21 in New York.

The total number of murders in London, excluding victims of terrorist attacks, has increased by 38 percent since 2014, according to The Times.

The number of fatal stabbings has already reached 31 this year in London after a 20-year-old man was stabbed to death on April 1 after leaving a bar.

“What’s scary about London is the randomness of the crime,” said Jacob Whittingham, head of programs for Fight for Peace, told The Times. “With young people in London, you have no idea if and when you may be the victim of a violent crime—that’s why they feel the need to carry weapons.”

Mayor Sadiq Khan announced around the New Year that there would be a “significant increase” in targeted stop and searches by police in London.

Knife attacks are “part of a worrying trend of rising violent crime across Britain,” he wrote in the Evening Standard.

Because of figures from January, London still has fewer murders overall this year against New York, with 46 against 55, but the gap has quickly been decreasing and it could have more by the end of the year.

According to Eric Monkkonen, a researcher at the University of California, since 1800 London has had a murder rate per person of between half and a 20th of New York’s (pdf).

But New York City’s murder rate has dropped precipitously since mayhem in the 1980’s and 1990’s.

The number of rapes, robberies, felony assaults, burglaries, and grand larcenies also dropped over the years, in many cases to 10 or 15 percent of what they were in 1990 to 2016.

“Murder figures in New York were never as high as they were a generation ago, they were off the charts no matter how you figure,” crime and police historian Thomas Reppetto told am New York. “We were in really bad shape in New York in the 1990s.”

Meanwhile, the number of crimes in total in London have been increasing along with murders.