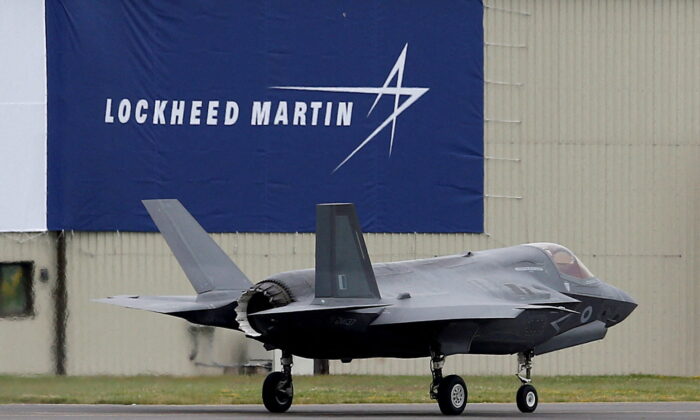 Russia’s attack on Ukraine, including regular barrages of rockets, has boosted demand for Lockheed Martin missile defense systems, the No. 1 U.S. weapons maker said on Tuesday.

“We’ve got demand signals for THAAD and PAC-3 from around the world,” Chief Executive Jim Taiclet said after Lockheed reported a drop in quarterly sales and profits. THAAD and PAC-3 refers to the Terminal High Altitude Area Defense (THAAD) missile defense system and the interceptors for Patriot missile systems.

“Especially when you see missiles hitting hospitals and situations like that, and train stations in Ukraine,” Taiclet said in explaining the demand, adding that governments were now thinking “that it’s worthwhile to have an effective missile defense capacity in your country.”

The company reaffirmed its full-year revenue outlook of about $66 billion, which is in line with analysts estimates.

The pandemic crippled many aerospace companies’ ability to procure as well as supply parts needed to produce products, creating shortages, reducing inventories and hammering profits amid a period of rising inflation. Lockheed’s dual-use suppliers that cater to both commercial aviation and defense markets have also been impacted. Taiclet said inflation had hurt the company’s performance.

“The result should bring a focus to defense supply chain concerns, which may be evident elsewhere this quarter as well, though there did not seem to be major issues. In addition, management did not change 2022 guidance and with defense budget support and the war in Ukraine” raising defense spending appetites, temporary challenges could be limited, JP Morgan analyst Seth Seifman said in a note.

Lockheed’s Aeronautics unit, its biggest, which makes F-35 fighter jets saw its revenue rise 2 percent compared to the same quarter a year ago, but profits fell by 2 percent to $697 million.

Lockheed reported 26 F-35 jet deliveries in the quarter compared with 17 a year earlier. Taiclet said Lockheed was working to increase F-35 sales for 2023.

Net sales fell about 8 percent to $14.96 billion in the quarter.

By Aishwarya Nair and Mike Stone