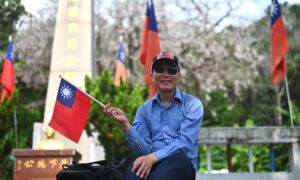 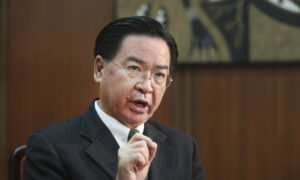 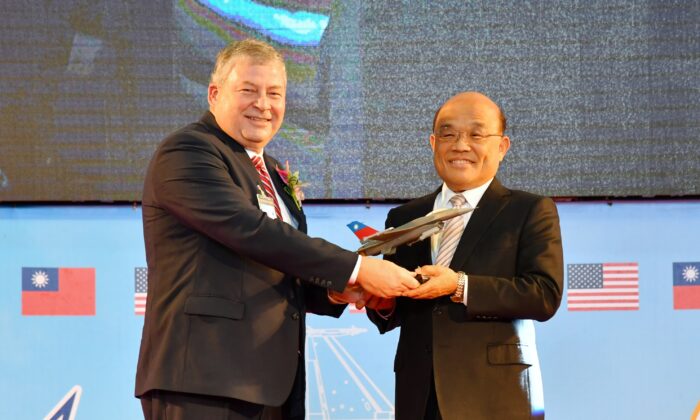 TAIPEI—Cooperation between Washington and Taipei reached a new level on Dec. 17, when U.S. defense company Lockheed Martin inked a partnership with a Taiwan state-owned aerospace firm to establish a maintenance center for F-16 fighter jets on the island.

The maintenance center will be the first of its kind in the Asia-Pacific region, according to Taiwan’s government-run Central News Agency (CNA).

Prior to the partnership, state-owned Aerospace Industrial Development Corporation (AIDC) has been working with Lockheed Martin to upgrade Taiwan’s existing fleet of 144 F-16 A/B jets to a more advanced version of F-16V. The first of these retrofitted jets was handed to Taiwan’s air force in October 2018, and the upgrade of the remaining jets is expected to be completed by 2023.

Lockheed Martin is the manufacturer of the F-16V fighter jets, which are equipped with an advanced, multi-functional radar system known as AESA, enhanced avionics, a more powerful thrust engine, and upgraded mission computers and cockpit dashboards.

In August, Taiwan announced its successful procurement of 66 newly-built F-16V. According to local media, all of these new jets will be delivered to Taiwan by 2026.

With Taiwan expected to have more than 200 F-16V fighter jets, AIDC had been pushing Lockheed Martin for the establishment of the maintenance center in Taiwan, according to local media.

According to CNA, many countries in Asia have F-16 jets, including South Korea, Indonesia, Singapore, Thailand, and Pakistan. However, Taiwan‘s fleet of more than 200 will be the largest in the Indo-Pacific region.

Beijing views Taiwan as a renegade province that is part of China’s territory, though Taiwan is a multiparty democracy with its own constitution, currency, and military. The regime hasn’t ruled out using force to reunite the island with the mainland.

The United States, after severing official diplomatic ties with Taiwan in recognition of Beijing in 1979, has maintained a nondiplomatic relationship with the island country based on the Taiwan Relations Act, passed by Congress and signed into law by then-U.S. President Jimmy Carter in April 1979.

Under this law, the United States has continually sold military weapons and equipment to Taiwan for its defense, much to Beijing’s ire.

In a June Pentagon report, Taiwan was flagged as an important ally to the United States in the Indo-Pacific region, where Beijing is increasingly asserting itself in the military, economic, and diplomatic spheres.

On Dec. 17, AIDC Chairman Hu Kai-hung and Randy Howard, director of business development at Lockheed Martin Aeronautics, signed a memorandum of understanding on the strategic partnership for the maintenance center, according to CNA.

“We couldn’t be more pleased or more happy to be with you today, on the occasion of a new aircraft production program, and with the ongoing upgrade program.”

Su, in a speech at the ceremony, stated that he was honored to have witnessed the partnership.

Hu said the partnership with Lockheed Martin was a major breakthrough for the Taiwanese company.

He said that more than 800 of the company’s technical experts have obtained Lockheed’s qualifications to fulfill the role to upgrade F-16 A/B jets, and the company has been authorized by the U.S. defense giant to manufacture 23 different fighter jet components. He said all of these were a recognition of the Taiwanese aerospace industry’s achievements.