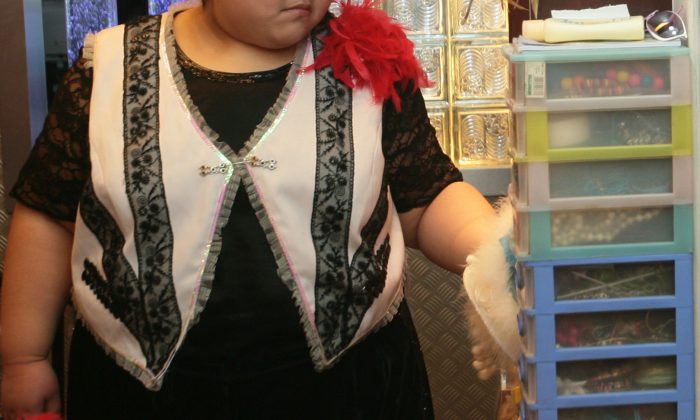 While live streaming, a woman forcefully kissed an elderly man who was walking by, all for the intention of gaining more followers online, according to multiple Chinese news outlets.

The woman, surnamed Jin, attempted to kiss the older man, surnamed Hong, on July 6, according to The Beijing News. He resisted, and she was detained two days later for harassment on July 8.

Jin live streams out of the Chinese city of Anhui in Hefei Province. Live streaming is a a way of broadcasting audio or video over the internet to multiple, sometimes even tens of thousands, viewers.

Being overweight, Jin often makes a mockery of herself to get more fans, according to the Beijing Times. Kissing the elderly man, who is in his 70s, was one such stunt.

The Kiss and Other Stunts

In the video, Jin is seen wearing a black tank top and a yellow skirt, while holding a cellphone on a selfie stick. A man in a blue work shirt passes by with plastic bags in hand. When Jin notices him, she runs over, shouts a lewd word, then wraps her left arm around him.

Taken by surprise, the man shouted loudly, and braced against her with his right arm. He seemed to be shouting, “Get back.” His groceries flew out of their bags as Jin spun him around once, her arms wrapped around the back of his neck, and her lips puckered.

She gives up after a few seconds and walks away. The video was posted online later that night on July 6, according to The Beijing News.

Jin was later detained on July 8 for harassing the man.

Jin weighs around 330 pounds (150 kg), and because of her weight, she has difficulty finding work, according to The Beijing News.

Instead of pursuing more common work, Jin decided to use live streaming to make a mockery of herself to gain fans and earn money. She made herself up in the appearance of a foolish person in Chinese culture, including wearing pig-tails high on her head, overly red cheeks, and dark eyebrows.

Other footage of Jin’s behavior is included in the video below at 0:22.

One footage shows Jin asking a young man who is handing out samples of a drink to feed it to her. Another video shows Jin making romantic requests to strangers on the street.