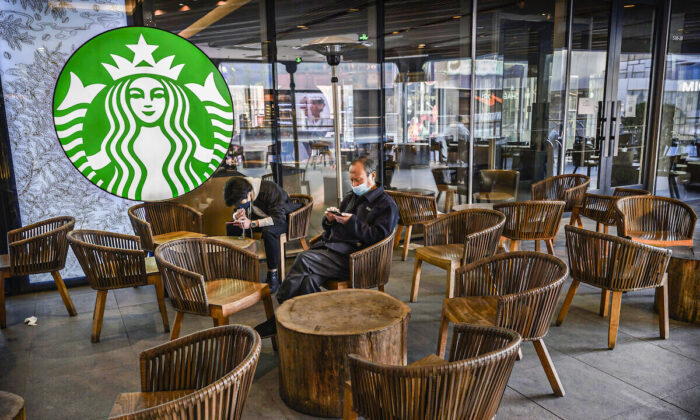 A Starbucks coffeehouse in the southern city of Shenzhen was accused of having a live cockroach in one of its takeaway drinks on March 12, adding another public relations challenge for the U.S. coffee chain giant in China this year.

The alleged-cockroach find pushed Starbucks to the top of the search list on Weibo, China’s leading social media platform after a customer posted a video of a live cockroach in a partly consumed Starbucks drink.

A day after the allegation, Starbucks responded saying they inspected the related coffeehouse and reviewed the inhouse video, and found nothing amiss.

The store “made the drink in strict accordance with the operating procedures,” Starbuck said.

A Starbucks employee told Chinese media that if Starbucks staff followed production procedures there’d be no live cockroaches in their drinks.

The employee said the original cold extract needs to be filtered through a filter paper, so it’s impossible not to see and remove a body as big as a cockroach. Additionally, the foam made from milk and syrup needs to be stirred for 30 seconds, a process much less likely to leave any cockroaches that somehow got in alive, the employee said.

“Even if the cockroach could have gotten inside while the drink was being produced, it would have drowned long ago,” the employee added.

State-run Global Times was among Chinese media reporting on the allegations.

The cockroach allegations went viral just days ahead of China’s Consumer Rights Day held on March 15 and featured on the regime’s CCTV’s “3-15 Gala” program. The program is used to attack foreign brands in China and over the past years, Apple, Burger King, General Motors, and well-known clothing brands such as H&M, ZARA, and GAP have all been on the show’s blacklist.

Starbucks, however, didn’t get a mention in the CCTV program.

The cockroach allegations also occurred as multiple Chinese media websites were reporting on a counterfeit case involving a man in Mianyang city, southwest China’s Sichuan Province, who was allegedly producing counterfeit beverages under the Starbucks brand to sell on takeaway platforms.

But the U.S. coffeehouse chain in China has friends in high places.

The request came in the form of a reply letter to Schultz who had earlier sent Xi a translated copy of his latest book.

In response to Xi’s letter, Schultz told CNN on Jan. 13 that “I truly believe Starbucks’ best days are ahead in China.”

In a statement, Schultz said it was a “great honor” to have received a reply from Xi, CNN reported.

This all comes at a time as U.S.-China relations remain at a low point, Chen Pokong, a China affair political commentator, told Radio Free Asia on Jan. 18.

Relations have been affected by the ongoing trade war and the change of the U.S. administration, Chen said.

Starbucks has been operating in China since 1999 and compared to other foreign companies it has had a smooth ride, even opening an outlet in the Forbidden City for seven years until it closed due to a public campaign fueled by CCTV anchorman Rui Chenggang.

In January 2007, Rui wrote on his blog that Starbucks is “a symbol of lower-middle-class food culture” in the West.

Its store in the Forbidden City “tramples over Chinese culture,” he wrote.

“This campaign is living proof of the power of the web,” Rui said later.

But Starbucks has fared better than Rui who was sentenced to six years in prison for bribery and accepting bribes in 2014.

Rui was also found to have had close ties to several top Chinese Communist Party (CCP) families including Zhou Yongkang, former secretary of the Central Political and Legal Affairs Commission, and Liu Yunshan, ex-head of the Propaganda Department of the Central Committee, according to the Chinese language version of The Epoch Times on May 1, 2016.

In CCP circles, both Zhou and Liu are known as key henchmen of ex-Party-leader Jiang Zemin who is a political rival of Xi Jinping.

Zhou was convicted of corruption-related charges in 2014 while Liu retired from politics in 2017.

Beginning in January, sometime after Xi publicly acknowledged Starbucks, the Seattle-based coffee chain was caught up repeatedly in a maelstrom of negative public opinion and official media coverage such as the likes of the People’s Daily.

Starbucks responded the same day, saying that its price increases were needed to counter inflation and a squeeze on profit brought about by epidemic-related labor market problems.

Two days earlier, a Weibo user claimed online that a staff member of a Starbucks coffeehouse in the southwestern city of Chongqing had asked a group of police officers to move away from the front of their store while they ate.

Although Starbucks China publicly apologized through Weibo, it said that the incident originated from “miscommunication caused by inappropriate language” between staff and police when coordinating seating.

The statement also said, there had been no “eviction of police or complaints made against the police” as alledged on the internet.

However, the People’s Daily still published an article titled “Starbucks Please Take Back Your Arrogance” on the same day, saying that Starbucks had “hurt people who serve the public” and “offended public sentiment”.

The People’s Daily added that “it is hard to escape public condemnation.”

The story first came to light last December, allegedly as a result of an undercover investigation by a reporter from The Beijing News, a subsidiary of China’s Propaganda Department. The People’s Daily commented immediately that Starbucks’ use of expired products could not keep the brand fresh for long.

Starbucks China issued an apology on its official Weibo account, saying it was “deeply shocked” and “highly concerned” about the reported food safety issues, and immediately closed the two stores and launched an investigation.

On Feb. 1, Starbucks released its financial results for the first quarter of 2022, showing that store sales in China, its second-largest market in the world, fell 14 percent, the average unit price declined 9 percent and transaction value dropped 6 percent.

As of January this year, Starbucks has 5,557 coffeehouses in China while local coffee chain Luckin Coffee has 5,671.

Luckin Coffee was delisted from the Nasdaq exchange in mid-2020 for alleged financial fraud, after it was revealed that it had been expanding its debt for years in a bid to squeeze Starbucks out of the China market with low prices according to CNBC on May 19, 2020.