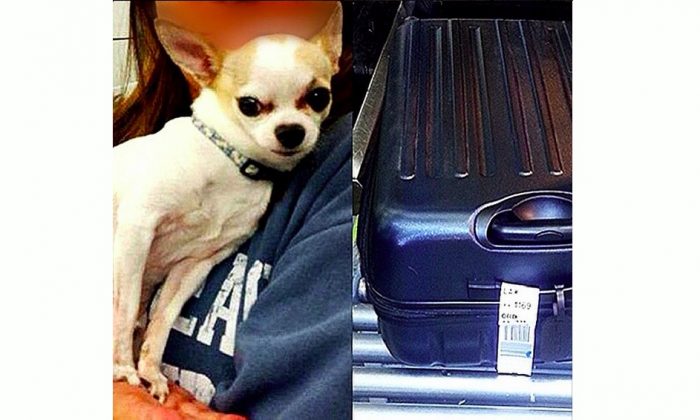 A live Chihuahua that was found in a checked bag at New York's LaGuardia Airport on March 6, 2015. (blog.tsa.gov)
Aviation News

A live Chihuahua was found in a checked bag at New York’s LaGuardia Airport on Friday. Transportation Security Administration (TSA) inspectors were called to check the contents of a piece of luggage that had set off an alarm in the baggage sorting system.

“An officer was shocked when he found a dog in the bag! Apparently, the dog climbed in while its owner was packing her suitcase,” the TSA wrote on its Instagram account where the agency carefully documents all strange and contraband items that inspectors find.

“TSA worked with the airline to identify the owner, and the two were happily reunited,” the post added.

The TSA also offered a good travel tip: “It’s always important to double check your bags before traveling, especially to make sure your Chihuahua hasn’t stowed away inside one of them.”

In 2014, a total of 2,212 guns were discovered at TSA checkpoints across 224 airports. That works out to be an average of six per day.