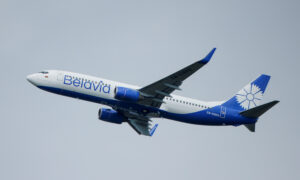 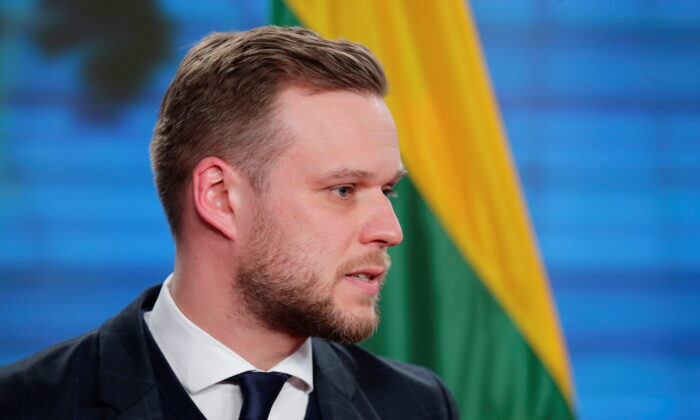 Lithuania Says Belarus Is Using Illegal Immigrants as a Weapon

BRUSSELS—The European Union should consider imposing more sanctions on Belarus because Minsk is flying in immigrants from abroad to send them illegally into the bloc, Lithuanian Foreign Minister Gabrielius Landsbergis said on Monday.

His government accuses Belarusian authorities of sending hundreds of mainly Iraqi illegal immigrants across the border into Lithuania, an EU member state.

Lithuania began building a 550-kilometer (320-mile) razor wire barrier on the border with Belarus on Friday, a move that EU foreign ministers were due to discuss in Brussels.

“When refugees are used as a political weapon … I will talk to my colleagues in order for the European Union to have a common strategy,” Landsbergis said as he arrived for the meeting.

He suggested the immigrants were being used as a means of pressure on the EU, which has imposed a series of sanctions on Belarus since a disputed presidential election last August that was followed by a police clampdown on street protests.

“We need to be very strict with the regimes who are using these sorts of weapons, first of all with sanctions, when these sorts of hybrid attacks are used against the European Union,” Landsbergis said.

He said the EU should draw up a fifth package of sanctions, following blacklistings of Belarusian officials that began as a response to the presidential election but now seek to punish wider abuses. Lukashenko has denied electoral fraud.

Last month, the EU imposed broad economic sanctions on Belarus’s main export industries, and on banks and finance, to try to hit sources of revenue for President Alexander Lukashenko, who has been in power since 1994.

EU leaders were outraged when Belarusian authorities intercepted a passenger plane flying between Athens and Vilnius on May 23 and arrested a dissident journalist and his girlfriend who were on board.

Lithuania’s foreign ministry has told Reuters it will propose a gradual expanding of the economic sanctions.

The EU border guard agency Frontex said on Monday it would send additional officers, patrol cars, and experts to talk to illegal immigrants to gather information on criminal networks.

“The situation at Lithuania’s border with Belarus remains worrying. I have decided to send a rapid border intervention to Lithuania to strengthen EU’s external border,” Frontex Executive Director Fabrice Leggeri said in a statement.

In the first week of July, Lithuanian authorities recorded more than 800 illegal border crossings at its border with Belarus, according to Frontex.

While in the first half of the year most illegal immigrants came from Iraq, Iran, and Syria, the agency said, nationals of Congo, Gambia, Guinea, Mali, and Senegal accounted for the majority of arrivals in July.

By Robin Emmott and Sabine Siebold