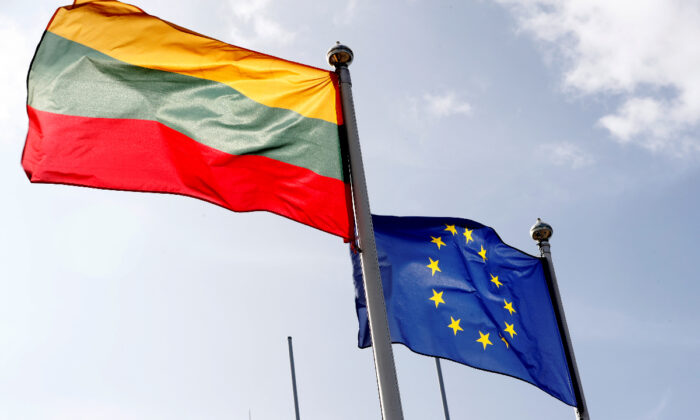 VILNIUS—Lithuania’s foreign ministry said on Thursday it had issued a formal protest to the Chinese regime over sanctions against the Baltic country’s deputy transport minister, calling for the restrictions to be rescinded.

The Chinese foreign ministry said on Aug. 12 that it had imposed sanctions on Lithuanian Deputy Transport and Communications Minister Agne Vaiciukeviciute for visiting Taiwan.

Lithuania’s ministry demanded that the Chinese regime rescind the move, and resume cooperation with Lithuania in the field of transport which was revoked after the visit.

“China’s unilateral decision is unjustified, it violates international law and Lithuania’s sovereignty,” it said in a statement.

The Chinese communist regime claims self-ruled Taiwan as its territory and is against foreign politicians visiting the island. Taiwan rejects the Chinese regime’s claim.

The Chinese regime has downgraded diplomatic ties with Lithuania and pressured multinationals to sever links with the Baltic nation of 2.8 million people after it allowed Taiwan to open a de facto embassy in Vilnius.

The EU launched a challenge at the WTO in January accusing the Chinese regime of discriminatory trade practices against Lithuania that it says threaten the integrity of the single market.

The United States, Britain, Australia, and Taiwan have backed the challenge.