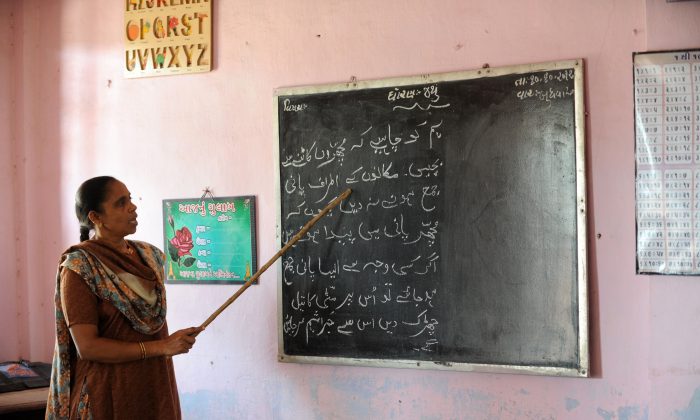 Education, not wealth, may be the key factor in improving health in developing countries, according to a new study.

Policies in developing countries have long been founded on the belief that average income is the key factor in improving public health and social well-being.

But new research on India suggests that literacy has the greatest impact on public health.

“Economic policies narrowly focused on growth are insufficient when it comes to public health in less developed countries,” said Lawrence King, Professor of Sociology and Political Economy at Cambridge University in a statement.

“Higher average income is a statistical red herring: it contributes to better public health mainly to the extent that it reflects high literacy and low poverty,” said King, who co-authored the study.

The researchers concede that “wealthier is healthier” for the vast majority of the country, but they find that poverty and, crucially, illiteracy are much stronger predictors of poor public health than low average income.

However, a poor district can still enjoy relatively good public health if it has a high literacy rate, they say. Higher literacy means people can understand medicine labeling, access healthcare, and engage with public health programmes.

“Since our models account for differences in individual income and district average income, this is tentative evidence for the psychological and social effects of inequality in a poor country,” said Keertichandra Rajan, another author of the study in a statement.

“Even if inequality does not lead to more children dying in India, it may generate individual stress and fray social bonds enough to undermine societal well-being.”

According to study, in a typical Indian district, a 4 percent increase in literacy rate would achieve the same effect as a 25 percent reduction in the poverty gap.