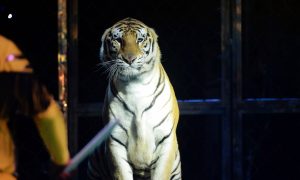 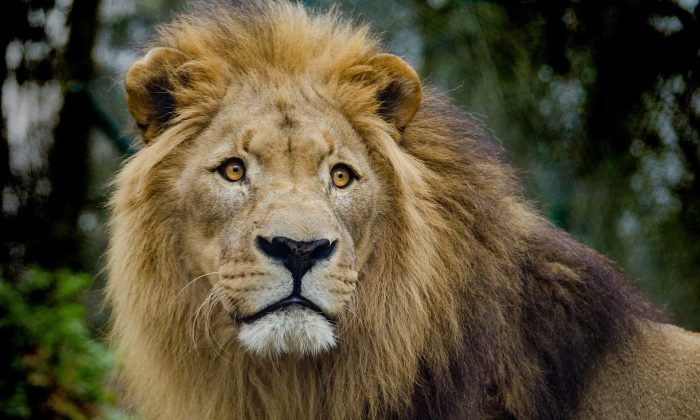 A file photo of a lion. (Pixabay)
Europe

A circus tamer has brushed off the moment a lion pinned him to the floor and sunk its teeth into his arm to screams and gasps from the audience.

Video footage from the circus in Ukraine March 23 shows trainer Hamada Kouta struggling to regain control of the lion after it became aggressive.

Eventually the bloodied Kouta scrambles to his feet and coaxes the lion back into its cage before calming the audience down and continuing with the show.

Kouta later refused to blame the animal, telling Louga 24, the local TV station in the city of Louga where the circus was performing, that the lions were his “children” and that the fault was his own.

Pictures show Kouta with deep scratches and gouge marks on his arms and shoulder.

“I called up one lion, and the second one attacked me from the front,” he said. “I stopped him in the middle of the ring and calmed him down but he refused to return to his sitting position. I stepped backwards, there was a stand behind me, I hit it and fell.”

“The lion jumped at me and bit me—but thank God not on my neck.”

“My back, arm, and leg were hurt. Scars from two claws and one tooth are on my leg, tooth marks on my arm, one 4 cm deep from three claws on my back.”

Kouta told local media that he tried to resume the performance to help calm down the children who can be heard screaming as the lion pins him to the ground.

“Of course, I was covered in blood, but I asked everybody to calm down, and started the performance all over again, from the beginning.”

According to the Evening Standard, a mother watching with her two children said: “My heart stopped when the lion pounced at the trainer.”

Kouta said the lions were unsettled because they were made to perform soon after arriving in a new location. Normally they are given 3 days to settle.

“They did not have time to adapt, because we arrived and immediately began to perform,” he said.

“They were in stress, so it led to the attack.”

He said that good trainers need to be sensitive to the mood of the animals.

“They can be moody, like people. For example, you can wake up in the morning in the bad mood. That’s it, the whole day will be like this. They are just the same.”

But for Kouta, scratches and scars are part of the job description.

“I even have 72 stitches on my belly,” he said, according to CIXD. “Every scar for me is an experience. Because when such attacks occur, this cannot be repeated.”

But despite the attack, Kouta hasn’t lost trust in the lions he calls his children.

“But there is a red line, if you step over—it may go the wrong way.”

“When there are attacks on trainers, 99 percent are the trainer’s fault. For example, this attack was my mistake, because I missed the moment.

Other incidents of circus animals attacking their handlers have ended in tragedy.

An animal handler was mauled to death by a tiger he helped raise in China on March 11 last year.

The incident was captured on camera by horrified onlookers at Fuzhou Zoo in Fujian province.

According to local media, the man, identified only as Wu, was with the tiger inside a fenced training yard when the animal suddenly pounced. The cat “bit onto and suffocated the man to death.”

The tiger had been raised by Wu since it was a cub, and was “normally quite docile” after a long period of domestication.

Disturbing footage taken by witnesses shows the animal appearing to maul the handler who is on the ground, as onlookers desperately scream in the background. A staff member is seen trying to drive away the animal with a metal pole.