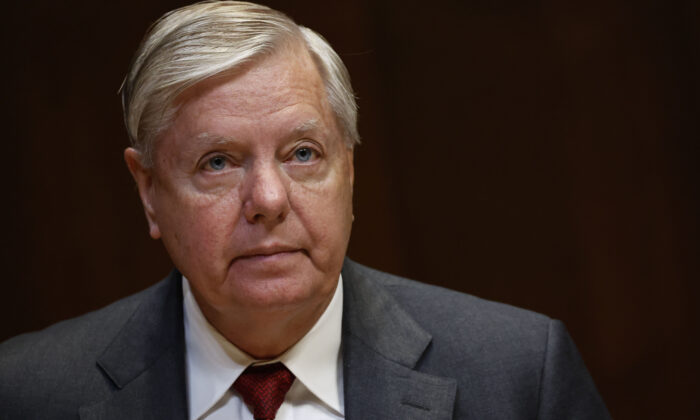 Sen. Lindsey Graham (R-S.C.) has lost his bid to quash a subpoena for his testimony before a special grand jury in Georgia that’s probing possible unlawful interference in the 2020 election.

Federal judge Leigh Martin May denied Graham’s motion on Thursday, stating that “after due consideration, the Court again declines to quash the subpoena in its entirety.”

The ruling came after lawyers for Graham last week asked the court to ensure that all topics were off limits in the inquiry.

However, the judge did grant Graham a partial victory by limiting the scope of the subpoena; specifically stating that Graham may not be questioned over his “investigatory fact-finding on telephone calls to Georgia election officials” during his testimony.

That was in reference to phone calls Graham made to Georgia Secretary of State Brad Raffensperger and his staff in the weeks after the 2020 election between former President Donald Trump and President Joe Biden.

“As to the issue of partial quashal, the Court quashes the subpoena only as to questions about Senator Graham’s investigatory fact-finding on the telephone calls to Georgia election officials, including how such information related to his decision to certify the results of the 2020 presidential election,” Judge May wrote in a court order (pdf).

“The Court finds that this area of inquiry falls under the protection of the Speech or Debate Clause, which prohibits questions on legislative activity,” Judge May wrote.

However, the judge noted that when it comes to other categories of questioning, “the Court finds that they are not legislative, and the Speech or Debate Clause does not apply to them.”

‘Never Inserted Himself Into The Electoral Process’

As such, Graham “may be questioned about any alleged efforts to encourage Secretary Raffensperger or others to throw out ballots or otherwise alter Georgia’s election practices and procedures.”

Lawyers for Graham had asked the judge on July 12 to quash the subpoena issued by a Fulton County election inquiry on July 11, stating that the lawmaker made no attempt to interfere with the election results in Georgia.

“Senator Graham has never inserted himself into the electoral process in Georgia, and has never attempted to alter the outcome of any election,” his attorneys wrote in court papers.

His lawyers have also contended that his testimony before the special grand jury would “erode the constitutional balance of power and the ability of a Member of Congress to do their job.”

However, the election inquiry, which is being fronted by Fulton County District Attorney Fani Willis, a Democrat, has said that Graham’s testimony is needed and that he “possesses unique knowledge concerning” what was said in the phone calls as well as “any communications between himself, others involved in the planning and execution of the telephone calls, the Trump Campaign, and other known and unknown individuals involved in the multi-state, coordinated efforts to influence the results of the November 2020 election in Georgia and elsewhere.”

Graham’s challenge to the subpoena now goes back to the U.S. Court of Appeals for the Eleventh Circuit for further consideration after judge May made her decision.

The lawmaker had previously filed an appeal with the court after May denied his motion to have the subpoena squashed earlier in August.

In a statement to The Washington Post on Thursday, Graham’s office said: “We are pleased that the district court recognized that Senator Graham’s testimony is protected by the Speech or Debate Clause. He will continue to defend the institutional interests of the Senate and the Constitution before the Eleventh Circuit.”