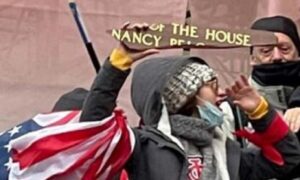 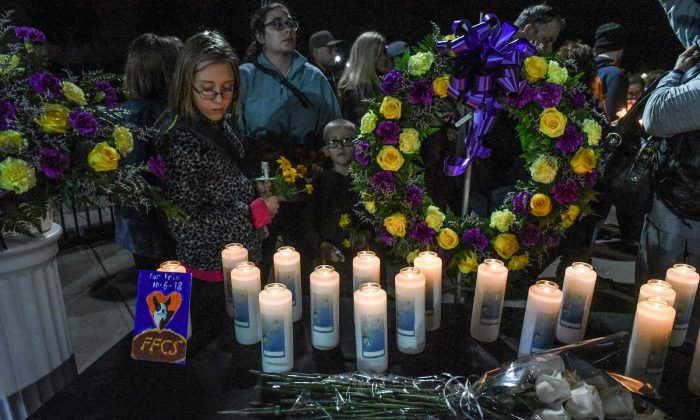 Mourners attend a candlelight vigil in Amsterdam, N.Y., on Oct. 8, 2018, for the victims of the limousine crash that killed 20. (Stephanie Keith/Getty Images)
Crime and Incidents

NEW YORK—The operator of a limousine company that owned the vehicle involved in a crash that killed 20 people in upstate New York was taken into custody and charged with criminally negligent homicide, New York State Police said on Oct. 10.

Nauman Hussain, the operator of Prestige Limousine, was taken into custody following a traffic stop near Albany, police said in a statement. He was charged in connection with the deadly crash.

The company’s lawyer, Lee Kindlon, told a news conference on Oct. 10 that Hussain’s girlfriend and brother were at the police barracks earlier for some “initial questioning.” It was not immediately clear if other family members were questioned.

The vehicle, carrying 17 people on their way to a birthday party on Oct. 6, ran a stop sign at a highway intersection in Schoharie, about 40 miles west of Albany, police and the National Transportation Safety Board (NTSB) said.

It crashed into an unoccupied parked car and two pedestrians before coming to a rest in a shallow ravine, officials said, killing the driver, all 17 passengers, and the two pedestrians.

New York State police said the driver did not have the proper license to operate the 2001 Ford Excursion limousine, and that the vehicle had failed inspection last month.

All three vehicles owned by Prestige Limousine, which is based in Gansevoort, New York, had violations when they were inspected last month, U.S. Department of Transportation records show.

The inspection of the limousine that crashed had turned up several violations, including some involving anti-lock brake malfunction indicators and inoperative or defective windshield wipers. It was not known if those issues were factors in the crash.

The widow of the limousine driver told CBS News her husband had complained about the company’s vehicles.