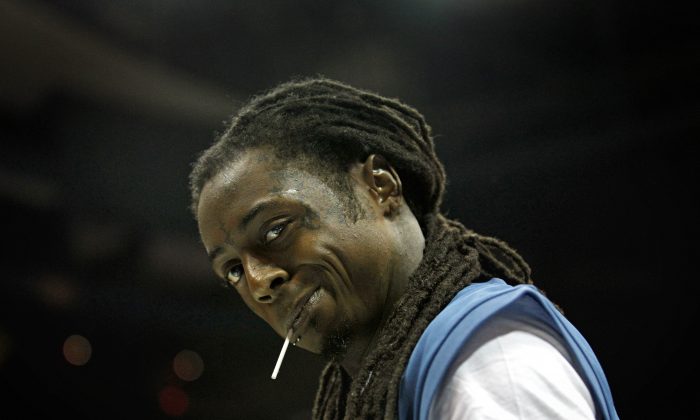 The label is said to be under scrutiny from the IRS, and there’s also lawsuits against it, according to a report from gossip site MediaTakeOut.

The site cites “people VERY SENIOR in Young Money” as saying the label is having financial problems.

“If they don’t work QUICKLY – they may have to file for BANKRUPTCY PROTECTION and liquidate their assets. And the companies biggest assets, Drake, Nicki, and Tyga’s contracts,” the report claims.

“You know that Jay Z and the folks at Roc Nation are LICKING THEIR CHOPS when they hear this.”

Recently, Tyga complained that he won’t be able to release his new album, The Gold Album: 18th Dynasty, on Nov. 18 as planned

“The Young Money MC took to Twitter on Friday (October 10) to voice his frustration with his label. And though he didn’t mention Young Money/Cash Money specifically — and could have been talking about the label’s parent company, Universal Music Group — that seems unlikely, since YMCMB doesn’t usually suffer album delays unless they’re self-imposed,” says a report from MTV about the matter in October.

And Lil Twist, who is also signed with the label, criticized Young Money on Twitter in early October.

“I swear I gotta have the worst management team in the history of management teams.. Like wow this [expletive] crazy.. All I wanna do is drop music,” he tweeted.

“Just like when all the BULLS— media outlets start putting all this BS out on my name … Theres a team of people ‘that I have’ thats supposed to go clear my name [whether] it’s dropping an official statement or whatever the case may be but nah not my team,” he also said via the BoomBox. “Just let the World go off of what they see… “