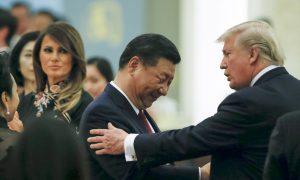 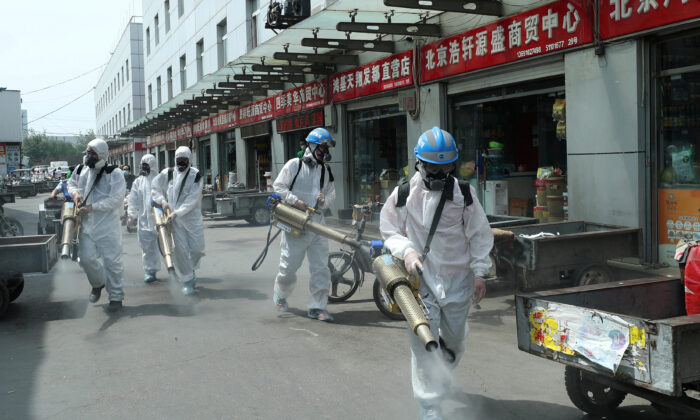 China’s State Council and National Health Commission held a press conference on Jan. 13 to share information on the country’s recent pandemic control measures. It turned out to be another round of lies and deception from so-called medical experts.

Journalists from Chinese and Hong Kong-based media participated in the deception by asking the public health officials canned questions.

Let’s take a look at some of the biggest fabrications during the press conference.

‘There Won’t Be Large-Scale Resurgence’

According to a transcript published on the National Health Commission website, a reporter from state-run media Xinhua asked: “There are currently one high-risk and 73 medium-risk areas across the country … Will there be a resurgence?”

Feng Zijian, deputy director of China’s Centers for Disease Control and Prevention (CDC), replied, “Multiple localized and sporadic outbreaks have occurred. We have issued guidance on pandemic prevention and control measures, so that the outbreaks can be detected and controlled as soon as they emerge. The measures we deploy can guarantee that there won’t be any large-scale resurgence.”

Several Chinese cities are currently experiencing a large-scale resurgence of cases. As a matter of fact, many countries around the world are in the midst of a more serious winter outbreak. Yet, the Chinese authorities claim that there won’t be any significant resurgence.

The situation is similar to the lie they told last year: “There is no evidence showing that the novel coronavirus can spread from person to person.”

The lesson we learned last year is profound.

A reporter from the Hong Kong Economic Herald asked: “My question is about CoronaVac developed by China’s Sinovac. How are the clinical trials going? Do the safety and effectiveness meet requirements?”

According to data reported by Brazil’s health regulatory agency on Jan. 12, in a phase III clinical trial involving 12,508 volunteers, the efficacy rate of CoronaVac was only 50.4 percent. Yin’s statement reconfirmed that the efficacy rate for medical staff was 50.3 percent. What use is it if only half of the medical professionals are protected from infection while the other half are still at risk?

Apparently, Yin knew that this efficacy rate is too low, so he came up with bizarre statistics—100 percent protection against severe illness and hospitalization; 78 percent for people who must go to the hospital for treatment.

There are only two possible explanations: either the chairman fabricated data, or there is no sensible conclusion from the clinical trials.

When replying to a question about the latest outbreaks in Shijiazhuang city, Hebei Province, Feng from China’s CDC said, “During the first round of nucleic acid testing, we failed to identify infected patients because there is a ‘window period’ for those newly infected people. They were diagnosed in the follow-up testing.”

This answer at least indicates that China’s testing kits still have serious accuracy problems. Some Chinese-made test kits were recalled by foreign countries last year due to high error rates. But the testing kits are still being used on Chinese people for mass testing. It is not surprising that there are many false negative results.

However, to cover up the low accuracy rate, Chinese experts began using the term “window period.” If there really is a “window period,” what use is it to organize mass testing before the virus is detectable? How dangerous is it to have people crowd together while waiting to get tested? The mass testing could well be a political show, and most likely there are huge financial interests behind the faulty testing kits.

Moreover, during that supposed window period, those virus carriers can go around undetected. Isn’t it a big lie for the Chinese authorities to tell the public that the pandemic is controllable?

As a matter of fact, their new lies reveal that their previous assertions were also lies.

Feng claimed that all cluster outbreaks in China during the second half of last year were put to an end within two or three weeks. This is unheard of in any other country. Feng’s statement violates the very basic knowledge of how infectious diseases spread. When the deputy director of China’s CDC talks such nonsense, it is obvious where China stands in its epidemic control.

While addressing a question from state broadcaster CCTV on the risk of asymptomatic carriers, Feng said, “They are able to spread the virus. However, compared with normal patients who display symptoms, their transmissibility risk is one-quarter to one-third that of normal patients, which is relatively low.”

Last year, a research paper published in the scientific journal Nature showed that people who were asymptomatic or presymptomatic accounted for nearly 76 percent of total transmission. The ability of this type of person to spread the virus does not seem to be less than that of other patients. As a result, this group could trigger a new wave of major outbreaks.

In addition, a study on COVID-19 epidemiology in Ningbo city, Zhejiang Province, published in the Chinese Journal of Epidemiology last year, concluded that based on a comparative study of close contacts of asymptomatic virus carriers and close contacts of patients with symptoms, asymptomatic carriers showed no difference in their ability to spread the virus than normal patients.

So where did the deputy director of CDC get his data, which blatantly contradicts scientific research studies?

When a reporter expressed concern about a recent incident of a superspreader passing the virus to 33 people, Feng said it is difficult to explain why some patients are superspreaders. In addition, he said the recent outbreaks in rural areas appear to be very different and more challenging than before, and at present he does not have a clear explanation for them.

Although he failed to answer questions that require professional knowledge, he still acted as a propaganda official. China’s propaganda department has repeatedly blamed other countries for bringing the virus to China, despite no evidence to back up their claims.

“As you all know, several outbreaks were caused by frozen food and non-frozen food imported from other countries,” Feng said. “These foods were contaminated with the virus before they arrived in China. In cold weather, the virus survives longer on surfaces and objects—that explains why the outbreak in winter is more serious. Secondly, the pandemic is currently very serious in other countries, so there are more chances that the virus is brought here either by travelers or imported goods. That is why we recently have more outbreaks than before.”

The U.S. CDC has said there is “no evidence” that frozen food can transmit the virus that causes COVID-19.

The pandemic press conference was actually a mishmash of lies. Chinese people have to learn from past lessons and stay vigilant. The same is true for people and state leaders all over the world.