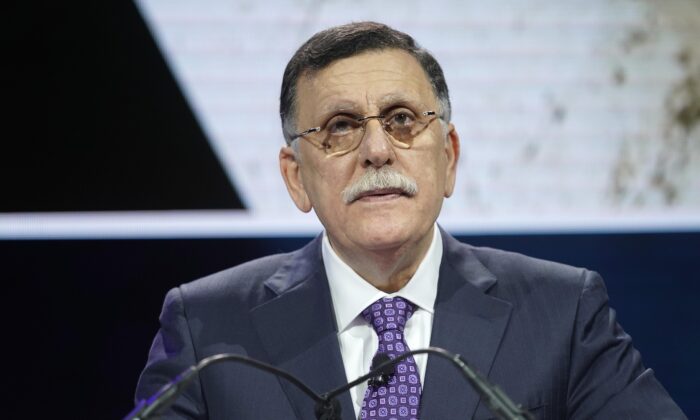 Turkey recently signed an agreement with the U.N.-recognized government (Government of National Accord, GNA) in Libya.

The GNA government has steadily lost ground in the ongoing civil war and is now largely isolated in the capital city of Tripoli and one other smaller city. It’s probable that they will soon be completely defeated by forces led by Field Marshal Khalifa Belqasim Haftar, who is a dual U.S./Libyan citizen and supported by Egypt, the United Arab Emirates, and Russia.

This agreement is unusual for a number of reasons. First, the cooperation between the GNA and Turkey includes badly needed military and logistical support in exchange for the formation of Exclusive Economic Zones (EEZ) between Libya and Turkey in the Eastern Mediterranean.

This is an extremely aggressive tactic that provides not only material support for the hard-pressed GNA but also fighters. These fighters are proxy forces, which are mostly composed of Syrians who are former al Qaeda affiliates. This is risky for the security and stability of the region and could have negative implications for Europe and even the United States.

Even more provocative, the EEZ creates an exclusive economic zone from Turkey’s southern Mediterranean shore to Libya’s northeast coast. This essentially cuts through the middle of Greek and Greek Cypriot waters and provides a flimsy excuse for Turkey to launch exploration efforts for oil and natural gas in waters that are not theirs. Turkey lost billions of dollars’ worth of construction contracts when Mohamar Gaddhafi was killed and the Libyan government subsequently disintegrated. So, Turkey is trying to regain the money that it lost in Libya.

Greece and Cyprus have long had maritime and territorial disputes with Turkey and state that the agreement violates the international law of the sea. They see it as a cynical resource-grab and Greece expelled Libya’s ambassador to Athens and filed a complaint with the United Nations. Cyprus also raised its own objections.

“At a Dec. 12 summit, E.U. leaders issued a statement ‘unequivocally’ siding with member states Greece and Cyprus,” according to Reuters. That said, it seems likely the Turkish government will claim the agreement is valid and argue that the agreement remains valid even if the GNA government falls to Gen. Haftar, since the GNA is currently recognized by the United States and E.U.

Perhaps more importantly, Turkey’s operation in Libya is being run by Hakan Fidan, the head of the Turkish National Intelligence Organization (MIT). In addition, there’s a large body of information that shows the extensive relationship that existed between Fidan and the recently killed commander of the Quds Force, Maj. Gen. Qassem Soleimani, and their respective intelligence agencies.

There’s mounting evidence that Turkey has established a cooperative relationship with Iran against the interests of the United States and NATO, which would stand in the way of a reconstituted Ottoman empire. For example, there’s conclusive proof Turkey helped Iran avoid sanctions, to include the high standard of proof used to obtain U.S. federal court convictions.

Proof surfaced in late 2018 when the U.S. Department of Justice convicted a Turkish banker for his involvement in evasion of U.S. sanctions against Iran.

In the court case, it was shown that Turkish businessmen were involved in laundering billions of dollars so that the Iranian regime could avoid sanctions and support its proxies in the Middle East that targeted U.S. servicemen in Iraq, Syria, Yemen, and elsewhere.

According to the Department of Justice, banker Mehmet Hakan Atilla “used his high rank at a Turkish bank to disguise the transactions as humanitarian food payments and deceive American officials.”

Iranian-Turkish businessman Reza Zarrab pleaded guilty to seven charges in relation to the sanction-evasion scheme and turned into a key witness in the case against Atilla. According to his own testimony, millions of dollars were allegedly paid in bribes to Turkish officials and ministers to facilitate the laundering of billions of dollars to evade U.S. sanctions on Iran.

What is left largely unstated is that all of bribery, corruption, and funneling of money to those attacking the United States could only have taken place with close cooperation between the two governments at many levels and the full backing of their respective political leadership. This coordination process could only have taken place between the two respective intelligence agencies as well as Fidan and Soleimani personally.

While we expect this out of Iran, Turkey under President Erdogan is no longer a close and reliable ally, and, worse, appears to be shaping up into a dangerous enemy.