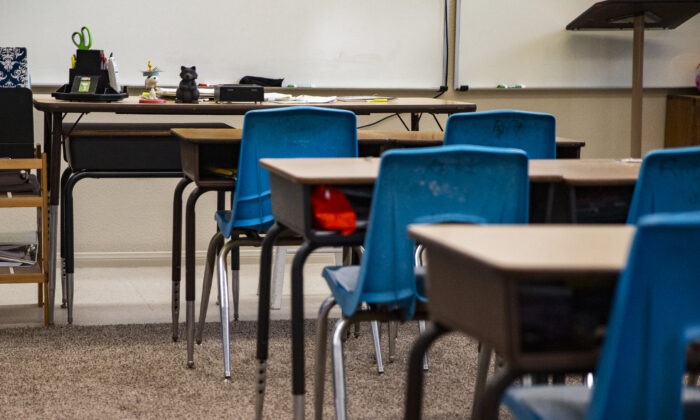 Liberated Ethnic Studies Comes Down the Pike to K-5 Classrooms 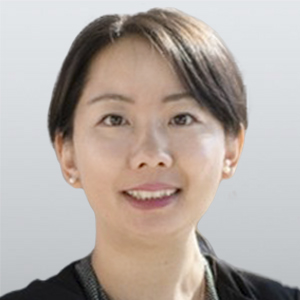 In October 2021, Governor Newsom signed California’s ethnic studies mandate for high schools into law. While many school districts are still deciding on the specific curricula contents for their high school ethnic studies courses, a group of teacher activists have been busy introducing the paradigm in lower grades.

The former is branded as “a must for every classroom, library and home” that “teaches the truth about Christopher Columbus, white settler colonialism and history of the Americas from the perspective of indigenous and black resistances.” The latter is a fiction about a girl born out of “long-enduring Black and Indigenous resistances in the Americas” who “knows her history and uses it to change her present in Ogreland.”

Using colorful cartoon drawings, playful language and bilingual translations, these books are an effective weapon of thought indoctrination into one-sided accounts of American history and activism-oriented lessons for kids ages 5 to 10.

Describing Christopher Columbus as a “ruthless and heartless” Ogre sent by greedy king and queen of “EuroLandia” to steal treasures and land in utopia AbyaYala, Christopher the Ogre Cologre paints a picture of racist conquistadors brutalizing the Indigenous people and imported slaves. In addition to plundering AbyaYala, the ogre Christopher also suppressed the teaching of true history of an ancient land full of life, history, and technological advancements.

Out of the systemic oppression imposed by the ogres, a heroine—the abuelita—emerged to lead the resistance movement of which children were the main foot soldiers. Deriving her power from stereotypically eating beans, the abuelita singlehandedly commanded the “RESISTANCE” to preserve AbyaYala’s unique cultural traditions. Under her watch, the children meticulously documented its authentic history in a book called The Forbidden History of AbyaYala that the Ogre, Christopher Cologre, Does Not Want Anywhere Told!

When the new generation amassed enough knowledge and organization, the abuelita then passed on the torch to one of her young proteges named Rebeldita, a fearless girl who could talk to trees and committed herself to truth-telling as the way to liberate AbyaYalans from the cologres.

If you think this is only a fairy-land story to inspire children’s imagination and humanity, you are wrong. According to the author, Christopher the Ogre Cologre, It’s Over! was written to “counter systemic negation, denial, omissions and lies taught in the K-12 pertaining to the history of the Americas/white settler colonialism.”

In other words, “teaching the truth” amounts to overcompensating historical revisionism through which confounding institutional changes as a result of colonialism are replaced by a dichotomy of the evildoing of one-dimensional ogres vis-v-vis the heroic resistances of the indigenous and black populations.

This reductive view of American history disregards many consequential factors explaining colonialism and post-colonial developments, such as different types of colonial institutions, regime types of the home governments, and the political structures of the pre-colonial societies.

Was the evil king and queen of “EuroLandia” better or worse than the Mayan or Aztec emperors who practiced human sacrifice and exploited their own people? How should students view those indigenous leaders who entered alliances with the conquistadors, including Xicotencatl the Elder and Maxixcatzin? The intentional over-simplification damages learning and blunts formation of well-rounded worldviews, while these highly controversial materials are propagated in a cartoon format with the expressive goal of driving up social activism among young kids.

The bicameral lens of racist European settlers versus innocent indigenas is reflective of two interlocking trends. At the national level, “teaching truth” or “teaching hard history” has become synonymous with hard-left propaganda spewed by organized groups like Learning for Justice (LFJ) and the Zinn Education Project. For LFJ, teaching hard history is “an original framework for teaching about slavery and white supremacy.” The framework contains six guiding principles:

In no uncertain terms, foundations of “teaching hard history” are identical with the 1619 Project and major tenets of critical race theory (CRT) that treats white racism as a permanent feature of America.

As for the Zinn Education Project, it launched a project called “Pledge to Teach the Truth” last year in defiance of growing state-level legislative bans on K-12 teaching of CRT. The project has collected 8,322 signatures from teachers across the country, pledging to defy legislation banning teaching that “identifies people or groups of people, entities, or institutions in the United States as inherently, immutably, or systemically sexist, racist, anti-LGBT, bigoted, biased, privileged, or oppressed.” For the signers, educating American students requires that they hyper-focus on the teaching of “racism, sexism, heterosexism, and oppression throughout U.S. history.”

Interestingly, the Zinn Education Project also runs a campaign to abolish Columbus Day because “when the school curriculum celebrates Columbus, children are taught that it’s OK for white people to rule over peoples of color and that militarily powerful nations can bully weaker nations.”

At the state level, infusing social justice, a resistance pedagogy, and anti-racism into elementary school teaching demonstrates the deep inroads into public education made by the liberated ethnic studies movement.

Although the California Department of Education approved a state model curriculum last March, proponents of the liberated camp are pushing for a more radical paradigm after protesting the state version as a compromise for “white supremacist, right wing, conservatives.” Dedicated to teaching ethnic studies as “a form of liberation” and a pedagogy of “transformational resistance,” the liberated curriculum is almost identical with the state-rejected first field draft, which, according to both Governor Newsom and the State Legislature, would “never see the light of day.” Yet, the institution created to market liberated ethnic studies is now hosting professional development webinars targeting K-5 teachers.

So, parents, watch out. If your kid is asked to read Christopher the Ogre Cologre, you should know that a coordinated campaign of anti-American, ideological capture is taking place backstage.

Wenyuan Wu
Follow
Wenyuan Wu holds a Ph.D. in International Studies from the University of Miami and is the executive director of Californians for Equal Rights Foundation. Wenyuan’s recent advocacy has focused on combatting critical race theory (CRT) in American public life. She has given expert testimony in various state legislature hearings on the topic and helped launched the website RejectCRT.org. She writes for Minding the Campus of the National Association of Scholars and sits on the board of Parents Defending Education Action.