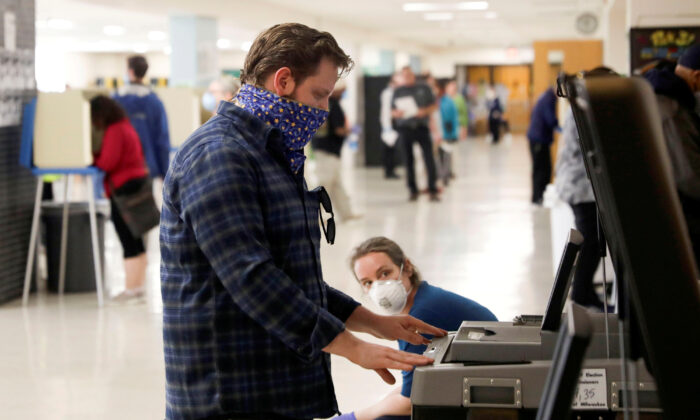 Voter Matt Phillips feeds his completed ballot into a counting machine inside a polling station at Hamilton High School during the presidential primary election, held amid the global COVID-19 pandemic in Milwaukee, Wisconsin, U.S., on April 7, 2020. (Daniel Acker/Reuters)
By Reuters

The Supreme Court race highlighted a slate of thousands of elections held last week for state and local offices, as well as a presidential primary. The release of the results was delayed by court order until Monday, the deadline for receiving absentee ballots.

The result narrows to 4-3 the conservative-backed majority on the non-partisan Wisconsin Supreme Court, with the next seat up for election in 2023. The court is expected soon to decide a case that seeks to purge more than 200,000 people from Wisconsin’s voter rolls.