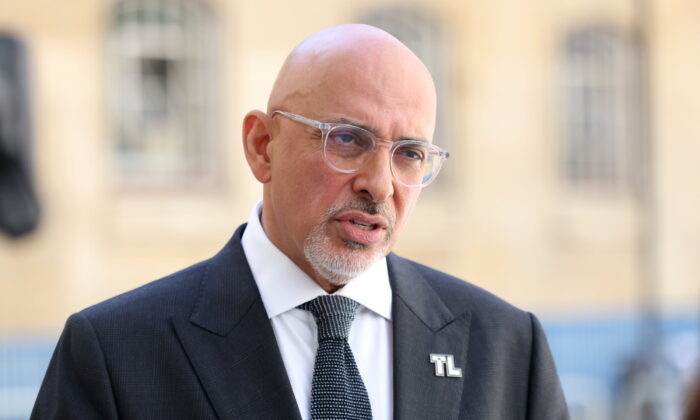 The Telegraph reported that Zahawi had to be ushered away by campus security guards.

The Warwick University student publication The Boar reported that protestors played rave and pop music at a very high volume, and loudly chanted statements that could be heard in the room.

Against the backdrop of the protest, the Education Secretary and UK government are introducing and spearheading a “historic” bill to protect free speech in universities and counter the “chilling effect of censorship” on campus.

It aims to do this by requiring universities to promote freedom of speech on campus, comply with free speech duties, or face sanctions.

The Times Higher Education’s World University Rankings 2022 named the University of Warwick as one of the UK’s top 10 and the world’s top 80 universities.

In a statement issued before the talk by Warwick Pride, the student union society for LGBT students, wrote that Zahawi’s comments on Professor Kathleen Stock compelled them to protest his visit.

Stock, a professor at the University of Sussex, was harassed on campus for years by transgender activists and eventually was forced to resign in 2021 for saying that trans women shouldn’t be in spaces such as female dress rooms “in a completely unrestricted way” because many of them “are still males with male genitalia” and “are sexually attracted to females.”

Zahawi had supported Stock saying said it was “unacceptable that a scholar of her calibre should be hounded out of university.”

Warwick Pride also took issue with Zahawi’s view on trans students that “parents have to be front and centre of this. And that is my message to the front line is to say: you have to involve parents in this. You have a duty to safeguard those children and parents are very much part of that.”

Warwick Pride said that this “trivialises the detrimental effects of outing LGBT+ young people to their parents,” adding that he has used the “common transphobic dog-whistle ‘adult human female.'”

A statement from the university’s Conservative Association said it “supports the right to freedom of speech and expression for everyone regardless of political affiliation.”

“It is a shame that, on this occasion, the intention of many protesters was not to express their own views but to prevent the Secretary of State from expressing his,” it added.