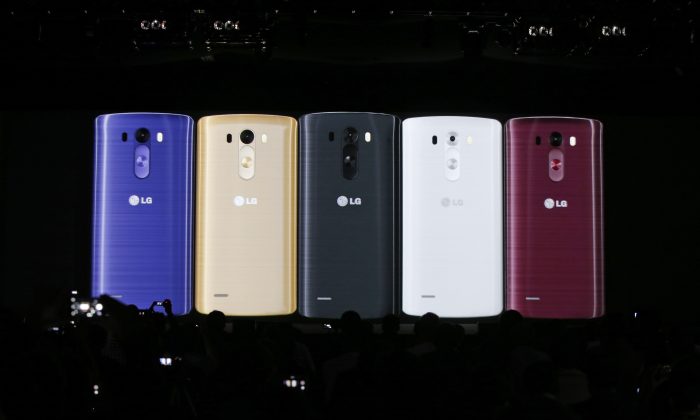 Images of the newly-unveiled LG smartphone, called the G3, are presented at a press event in London, Tuesday, May 27, 2014. (AP Photo/Lefteris Pitarakis)
Tech

LG may have just released their latest G3 model, but word is out that there is a new variant coming out very soon.

The news could be true as Bluetooth did give official “SIG” certification to an upgraded, but unnamed, LG G3 model, the LG-F460S.

The LG G3 “Prime” could be a Korea-release-only model, though.

GforGames had earlier reported the existence of a “LG-F460L,” codenamed “Tiger,” that had a Snapdragon 805 CPU, an Adreno 420 graphics chip and a Qualcomm MDM9635 modem capable of 225 Mbps download speeds, but the phone was supposedly slated for release by South Korea’s LG U+ carrier only.

The “S” designation of the LG G3 “Prime” could simply mean that the phone for the South Korean carrier SK Telecom.

If, however, the LG G3 “Prime” is a meant for international release and is a different phone from the LG G3, then it can be expected to be receive the “premium” treatment that Android phone manufacturers are rumored to be giving their “up-scaled” high-end smartphones.

Samsung’s own “premium” model, the speculated Galaxy S5 “Prime,” is rumored to come with a metal body, and while the LG G3 already has a plastic body that looks metal, the “premium” version could feature a genuine metal case.

As with all speculations and rumors, however, information about the LG G3 “Prime” has to be taken with a pinch of salt.