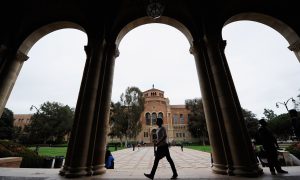 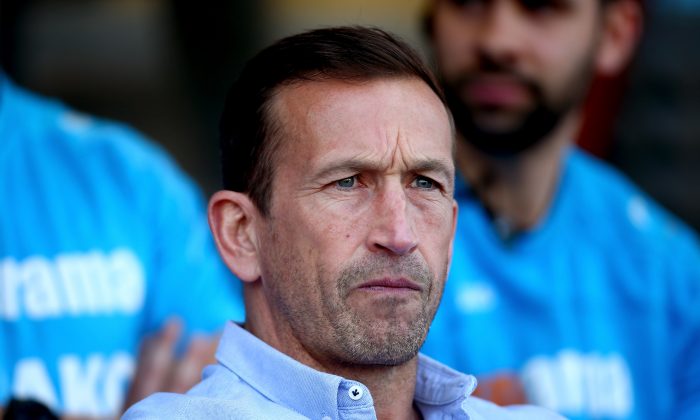 Manager of Leyton Orient Justin Edinburgh looks on ahead of the Vanarama National League match between Leyton Orient and Harrogate Town at Brisbane Road in London on April 19, 2019. (Jordan Mansfield/Getty Images)
Sports News

Leyton Orient manager Justin Edinburgh has died at the age of 49, days after suffering a cardiac arrest.

Edinburgh, who guided the team back into the Football League last season, passed away on Saturday, June 8 after he was rushed to hospital on June 3.

Leyton Orient made the announcement in a statement on Saturday.

“We are completely heartbroken by this tragedy,” said Orient chairman Nigel Travis.

“All our thoughts and love are with the Edinburgh family and we know from the messages that have flooded into the club over the last week that the wider football world will share our sentiments.”

Edinburgh made 215 appearances for Tottenham and joined Orient in November 2017 after managing Northampton Town, Gillingham, and Newport County.

Justin Edinburgh will be missed for his spirit as much as his success https://t.co/UBI8Ea7LK2

He passed away just six weeks after leading Leyton Orient to the National League title.

“The success that Justin brought to Leyton Orient was incredible, but more importantly the impact he had on us all as a winner and a wonderful, inspirational human being will be his legacy and will stay with us forever,” Travis added.

Leyton Orient captain Jobi McAnuff shared a photo of him with Edinburgh celebrating the National League title this season, and hailed him as “one of a kind” as fans gathered at the stadium to pay tribute to the team’s late manager, reported Sky Sports.

Yesterday we lost our leader, a fantastic manager and a truly great man. A man who inspired so many of us with his drive,passion and sheer desire to win, a man who had so much love for this game and even more for his family, my heart goes out to them at this tragic time 💔 cont.. pic.twitter.com/nlwQt7eO32

McAnuff said, “He was one of a kind, I think if you ask any of the boys here and other players he’s worked with, he’s got a real aura and a real presence about him when he walked into a room.

“He commanded respect and it’s not a quality that many managers share.”

“He seemed to be able to have the switch between the fun and the good times, to those serious times and time to work,” he added.

Justin Edinburgh was praised by Leyton Orient captain Jobi McAnuff as players and fans came together at the club’s stadium to remember their late manager: https://t.co/j27npgysHE pic.twitter.com/cJcnRFTb0t

“Football aside, Justin was a hugely positive man, loved his family. Every day he came in he had that lust for life, a real zest about him, and a real willingness to enjoy himself.

Scores of fans left touching messages, flowers, and shirts outside the stadium to remember Edinburgh.

“Thanks for making me an Orient fan. R.I.P,” wrote a 6-year-old fan, Jacob, The Sun reported.

“Hugged you in Madrid, at the CL final and saw you play many, many times,” read another message from a fan on a Tottenham Hotspur flag.

“Thank you for the FA Cup 1991 and the League Cup in ’99. You’ll be truly missed by everyone at Spurs. You did such a good job at all the clubs you’ve managed, most recently LOFC. The world is a sadder place without you,” the message read.

Edinburgh leaves behind wife Kerri and their two children Charlie and Cydnie.